Home Entertainment The Great Ace Attorney Chronicles, Analysis. It is carried in the blood 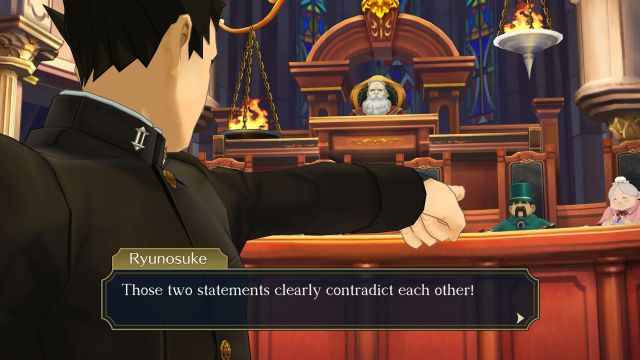 The Great Ace Attorney Chronicles: Ten cases that make up an essential work for lovers of the saga; a trip to another time where the historical context shakes hands with a great narration. The praise for this biology was justified. At a time when the Ace Attorney saga seemed disappeared in action, with an increasingly secondary treatment within Capcom, the Osaka company surprised us this spring by confirming the location to the West of two unique episodes within the advocacy saga par excellence of the video game: The Great Ace Attorney. Two spin-off works from Phoenix Wright’s main series, originally published in 2015 and 2017, respectively, while the rest of the world watched the last two main iterations of the saga without much hope of discovering what happened several centuries earlier.

But the reality is different. More than 70 hours later, having completed the ten cases that make up these works —Adventures and Resolve—, we have needed a few days to digest everything that has happened; to understand why two video games that are really just one command so much respect. The name of Ryunosuke Naruhodo is already an emblem, he knows himself to the height of Phoenix and guarantees quality standards that are equal to the best in the saga. Shu Takumi in its purest form, in a state of grace, with two works so different from what we are used to and, at the same time, so similar.

The true meaning of the truth

We begin by making it clear that this review is completely free of plot spoilers or spoilers. Also, if you have not played Ace Attorney before you can rest assured: it is a long independent title, it is not necessary to have played previous episodes. We want you to read the analysis, so we are going to tell you how this pleasant experience has been with a title that shines, but also presents points for improvement and aspects in which it does not end up dazzling. But let’s get in the situation. We are at the end of the 19th century, a historical moment that is justified almost from the first minute; a time when neither technology nor the judicial system has such advanced legal procedures as now. In fact, in feudal Japan that stylebook is not as defined as in Britain, with London being a world capital in the Victorian era. That is why our stay in Japan will be short-lived. With a group of aspiring lawyer students where we play Ryunosuke Naruhodo, ancestor of Phoenix Wright, to learn that British methodology and absorb as much as possible a learning of great value for their respective professional purposes.

Three new games are added to the Clash of Clans universe