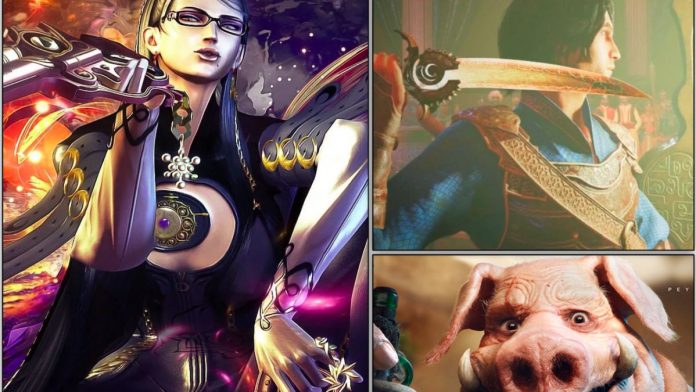 E3 2021: We review the most important games missing in action, the big names that have chosen to remain silent in an E3 2021 marked by absences. It’s been better than the diaspora of individual and time-scattered events that we had last year, but this E3 2021 has been pretty decaf. There have been very great games (here we reviewed the best ones), but the effects of Covid continue to be felt in production and development issues. Things go slowly … and that if they do. Regardless of the Xbox and Bethesda conference, or the new Nintendo Direct, and even counting both events, this edition has been marked by absences. And that’s giving Electronic Arts the benefit of the doubt, whose presentation will take place on July 22 at a new EA Play Live. In any case, the missing in combat have been so many and so striking that at MeriStation we have encouraged ourselves to gather together the great absences of E3 2021, the most striking, the loudest … and the most painful.

Metroid Prime 4 and Bayonetta 3 were announced in 2017. Yes, yes, you read that right. 2017. That is why it is impossible not to remember them during these dates, although not so much because of hype issues, but because they have become a joke and a recurring meme. This year, Metroid Prime 4 is going to get rid of the burning because Nintendo has deigned to mention it and has ensured that Retro Studios continues to work on the game. He has also offered us Metroid Dread (aka Metroid 5) as a reconciliation offering. Was the 35th anniversary of the series the perfect time to launch Metroid Prime 4? It can, but less gives a stone. Now with Bayonetta 3 there is nothing to hold on to. Being fans of Cereza is an eternal penance, a journey through the desert, and this E3 2021 we have suffered another disappointment, another déjà vu. The subject is more lazy than the debates about the aesthetics of the game. It’s hard to know what the hell is going on at Platinum Games, but it’s not easy to be optimistic after Babylon’s Fall. At this point we would settle for an update of the logo that shows us that the project is still standing.

Prince of Persia: The Sands of Time Remake

In mid-September of last year, during UbiForward 2020, Ubisoft confirmed that Farah, the Vizier, and the Prince of Persia were back. The company was working on a remake of Las Arenas del Tiempo and to tell the truth it seemed to be well advanced. So much so that it even announced its release date for just a few months later: January 21, 2021. Since then it has been like watching a snowball fall down a hillside. First it was delayed to March of this year, later it was delayed again indefinitely, and less than a week before UbiForward 2021, its creators dropped that they would not be at the event. What happened? It is true that it was in the hands of two recently created teams with no previous experience, Ubisoft Mumbai and Ubisoft Pune, and it is also true that they did not seem to have much budget (it was going to come out at a reduced price and there were many debates about whether its appearance – and artistic – it lived up to what the franchise deserved), but still, has its development faltered so much that it won’t be able to show even a paltry trailer at E3 2021? Wasn’t it practically finished? So many complexes and fears have been created about its appearance? What seemed like a perfect opportunity to resurrect the saga, lost for more than ten years in the trunk of memories, has become a headache for Ubisoft and a new well of disappointment and disappointment for fans of the series. A series that the same after this returns to the hole. Kakolookiyam !! I wish I had a dagger of time and turned back.

Beyond Good and Evil 2

All the followers of this world have several corpses in the closet, recurring absences with which we have already become accustomed to living. For example, with the mythical WiLD, announced in 2014, we like to close our eyes and imagine that it has stopped suffering, that it passed away and was reincarnated in Ancestors: The Humankind Odyssey. And with Skull & Bones, introduced in 2017, well, it’s Skull & Bones. But there is a case that we will never get used to dealing with: Beyond Good and Evil 2. It is a ghost from the past that appears every so often (2008, 2009, 2017 …) and when it appears, the process is always the same . It comes wrapped in nostalgia, reminding us of the original Beyond Good and Evil, and plays with our feelings for a while. Then he makes a couple of promises (the last ones are multiplayer and interplanetary exploration) and later he fades as if he never existed and leaves us with a broken heart. What was shown in 2019 was so promising that the absence of it hurts especially. Two years without a single detail, without a crumb of information to put in the mouth, make the faith of anyone starts to stagger. And those that remain.

Borderlands 3 Already Has Cross-Play, But PS4 and PS5 Have Been...