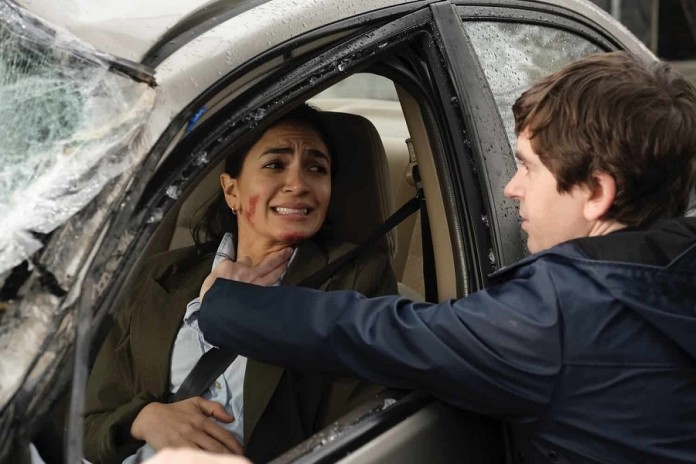 The Good Doctor : As The Good Doctor’s showrunner warned, Season 5 of the ABC series is focusing directly on the inner emotions of its protagonist, surgeon Shaun Murphy (played by Freddie Highmore). With many challenges ahead, the doctor now needs to overcome his own adversities so that the relationship he has with Lea (Paige Spara) does not go into crisis.

That way, check out everything about the titled “Exposed” with our recap!

The episode begins when Shaun and Lea are walking through a truly captivating and beautiful place. Apparently, they have just found the perfect place to hold their wedding ceremony. When both start to discuss some details, the young surgeon realizes that there is a car accident in the area.

After performing a few procedures to keep his new patient safe, Shaun is surprised by Lea, who finally reveals why she went to Montana before. She said Shaun was exhibiting troubling behavior, prompting her to meet Aaron Glassman (Richard Schiff).

Although Shaun argues that her ratings, imposed by Salen (Rachel Bay Jones), have increased at the hospital, Lea reveals that she had omitted the low grades so he wouldn’t feel uncomfortable with the results. The character tries to explain that, because she was worried, she wanted to spare him from further conflicts. Shaun does not accept Lea’s justification and leaves alone.

Later, with some coolness, Shaun wants Lea to tell Salen everything, even if she is fired for cheating the system. Lea feels cornered and doesn’t know what to do. The character is still upset by Shaun’s attitude and the two may face a crisis in their relationship. At the hospital, Shaun needed to see Alma (Natalee Linez), the pregnant woman who attended at the scene of the accident.

There are few options to resolve the patient’s case, including an emergency cesarean, even if she is only 26 weeks pregnant. As time goes on, this seems to be the only way out, but once the baby is born, complications continue. When doctors notice, the medicine they need has expired and the baby ends up dying while looking for new doses.

After this event, Audrey (Christina Chang) searches for answers to the expired medicine with Salen, who doesn’t seem to care much about the matter and tries to find quick subterfuges to get rid of the patient. So she orders the doctors not to tell Alma all the details about her son’s death.