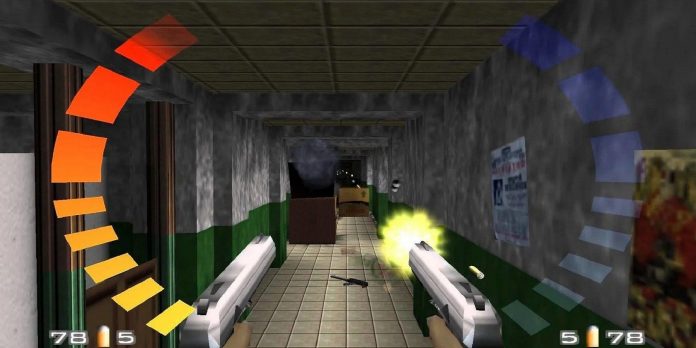 Switch users are likely to be pleased with the news that the upcoming port of the classic GoldenEye 007 will include exclusively online multiplayer. As one of the most influential FPS games ever made, the original 1997 release for the Nintendo 64 may have been outdated in terms of visuals and controls, but it had a significant impact on the genre and on games in general. Given its status, fans were hoping for a comeback, either in the form of a remake or in the form of availability on modern systems, and now that time has come.

GoldeneEye 007 was announced for Switch Online quite recently, along with some other games coming to the hybrid console, such as Pokémon Stadium and Mario Party. Although there are plans to re-release these retro games in both 2022 and 2023, the release date of the James Bond game is still unknown. Along with this, GoldeneEye is also included in the Xbox Game Pass, which is described as an “exact recreation” of this iconic game. However, it looks like Xbox users won’t get access to the online multiplayer game.

This is stated in a recent VGC report. A statement sent by Microsoft says there are currently “no plans” to add an online multiplayer game to the Game Pass version of GoldenEye 007, which is likely to disappoint many. However, the Xbox port of the game will still have an old-school couch multiplayer mode that will allow up to four people to play against each other using split screen. For some older gamers, this may be an ideal option, as it allows them to relive how the original was played in those days. However, for those who are more used to playing online, the split-screen mode may not be enough.

At this stage, it looks like only those with Switch will get exclusive access to the multiplayer network part of FPS. In any case, it’s nice to see the return of this influential title. There were rumors about a remake of GoldenEye 007, but there is no official confirmation of whether this will happen yet. In the meantime, at least fans can return to this quarter-century classic.

Considering the impact that the game has had on the industry, a documentary film GoldenEye was recently released, which tells about the experience of a Rare developer in developing a game 25 years ago. For many, both the modern ports of the game and the documentary are a blast from the past, and although Xbox users won’t have an online multiplayer game, it’s still an opportunity to relive the game or experience it for the first time.

GoldenEye 007 is already available for the Nintendo 64 and will appear on Switch, Xbox One and Xbox Series X/S.

So, you think you can dance: Why there will be no...

After the end of Halloween and the release of the first...