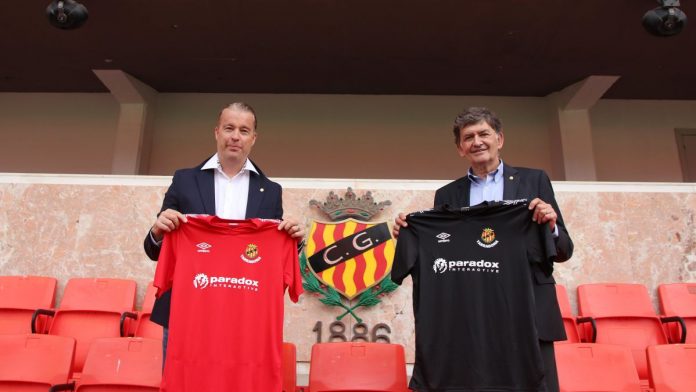 Gimnàstic: The current CEO of Paradox Interactive joins Gimnástic de Tarragona as a shareholder and director of the football training area at the club. Fredrik Wester will not only be linked to the video game; he now he has made the leap to the soccer planet. The current CEO of Paradox Interactive joins Gimnàstic de Tarragona as “new representative and shareholder on the Board of Directors”. The collaboration has reached the t-shirt: the training teams of the Catalan team will wear the publisher’s logo under the shield.

“His experience in negotiating contracts and strategic alliances will contribute to the development of the entity in the short and medium term, enhancing the infrastructure and the methodology that the Gimnàstic de Tarragona youth football treasures”, they explain in a press release. Wester arrives as a counselor for the club’s formative football area.

“Fredrik Wester knows the entity and, together with the work team, they are establishing the steps to follow in the most immediate future of grassroots football. His incorporation to the SAD Board of Directors will be certified at the 2021 General Shareholders’ Meeting, which will be held at the end of the year ”, they conclude. Wester, 47, is a resident of Catalonia.

For those who do not know the history of Paradox Interactive, the label is one of the most important in the PC scene. Sagas such as Europa Universalis, Age of Wonders, Hearts of Iron and Victoria, among others, fall under his umbrella. His latest releases include the third installment of Crusader Kings, a direct sequel to the one released in 2012.

If we go to the latest productions, names like Tyranny, the first Pillars of Eternity or Surviving Mars are part of its history. His latest work came from the hand of Romero Games: Empire of Sin. The title takes us to a mixture of management and tactical combat in the middle of dry law in Chicago in the 1920s. You can currently find it in the Xbox Game Pass subscription.

The reaction of the college football world to the Texas Weatherman...