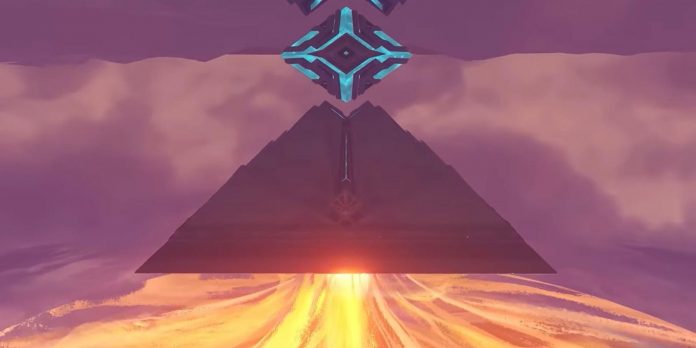 The recent major Genshin Impact update has finally added a new major region to the game – the long—awaited mysterious land of Twilight. The addition of a new nation has been well received by the community, as players claim that it is probably the most iconic region in the game at the moment.

Sumeru is divided into two main parts: rainforests, which are already available in version 3.0, and a new desert part of the map, which will appear in the next updates. A new post in the popular Genshin Impact Leaks subreddit shows a video with a new location that will be added in the next update.

The video shows the inside of the pyramid, which is one of the most anticipated places in the game. As the game released the second teaser of Sumeru, players began to wonder if they would have access to the pyramid shown in the video. Several fans in the comments section claim that they wouldn’t mind if HoYoverse presented the desert parts of the new region in front of the rainforests, as they seem completely different from anything they’ve encountered so far in the world of Teiwat.

Pyramid Exploration (via Kira) by Genshin_Impact_Leaks

The main reason why the entire pyramid cannot be seen from the outside is apparently due to the current bug in the beta testing phase of version 3.1. It’s safe to say that the pyramid is likely to be the main location of the new Genshin Impact 3.1 update, and players expect the upcoming part of the story to revolve around this place. Several comments have pointed out that HoYoverse will have to make some improvements to the minimap that is displayed on the upper left side of the screen, as it does not offer any help in the video.

HoYoverse has confirmed that all three characters featured in the video, Cino, Neelow and Candice, will appear in the upcoming update. Their official announcement prompted many players to accurately predict the appearance of the first desert Twilight even before the leaks of beta 3.1 appeared. This was due to the fact that the design of the three new characters is very similar to the traditional clothing of Ancient Egypt.

It is confirmed that Cyno and Nilou have a five-star rarity, which means they will probably be placed in two separate banner cycles, but the order is still unknown. There is currently no information on whether they will be joined by additional five-star units on their banner with a limited set of characters. The third new character, Candice, has a lower rarity, which means she will be featured in one of the four-star line-ups.