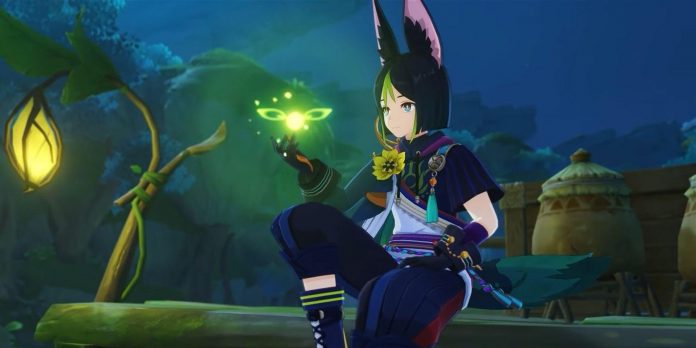 The Inazuma storyline from Genshin Impact is coming to an end, which means that it’s time to introduce a new major region into the game. In addition to the land of Twilight, the upcoming version 3.0 will apparently add three new characters to the game list.

As usual, new characters will be split between two separate cycles of refresh banners. A very trustworthy Genshin Impact leader under the name SpendYourPrimos has apparently revealed more information about the upcoming update.

According to their message, the first banner for Genshin Impact Version 3.0 will present a new character Tignari along with the popular Geo Archon Zhongli, and the second part of the update will present two repeats of banners for the popular characters Ganyu and Sangonomiya Kokomi. Despite the fact that previous leaks hinted that the 3.0 update would be split into three different limited banners, it seems that the HoYoyoverse developer has decided to use two standard banner cycles. Tignari will apparently be the only new five-star character in the Genshin Impact 3.0 update.

Recent beta leaks have revealed that he will be a new DPS Genshin Impact character with a strong focus on his charged attack, similar to Ganyu. Most of the community believes that his name is based on the name of an Arab scholar named Al-Tignari, which may be true, given that the Middle East is one of the real places on which the new Sumeru region is based. Tignari’s damage potential will apparently scale with Elemental Mastery, which seems to be very characteristic of the new Sumeru characters.

Recent rumors have also revealed that Genshin Impact 3.0 may be a week shorter than a regular update. The main reason for this seems to be HoYoverse’s plans to release version 3.1 by the second anniversary of the game. Another reason is probably Genshin Impact’s attempt to return to its usual update schedule, which was disrupted due to a delay that occurred during the 2.6 update. The fact that several insiders confirmed that the upcoming Battle Pass is one week shorter gives additional credibility to this leak.

The new update will apparently introduce two new four-star characters named Collie and Dory. Colley has been a part of the game’s manga for a very long time, and is expected to appear in the first banner cycle. A couple of insiders reported that players will have the opportunity to purchase Collei for free in the first update of Sumeru. Dori will become a new Electro user, and, according to rumors, she will appear in the second cycle of the update banners.