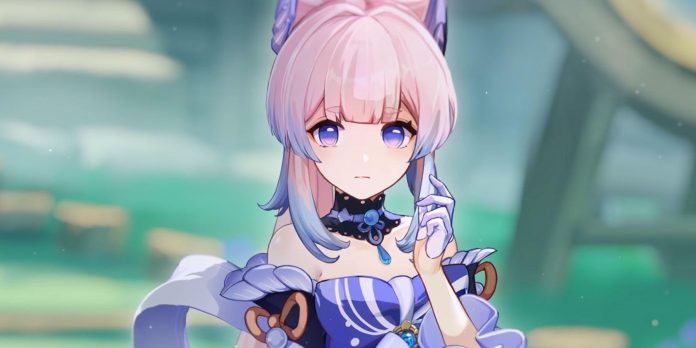 Genshin Impact updates are usually divided into two banner cycles, each of which includes a certain number of limited characters. After the shortened first banner cycle, in which Tignari and Zhongli participated, it was time for the other two characters to get their banners again.

A new post in the popular Genshin Impact subreddit shows the revenue for the first day from the current double banner with two characters, Sangonomiya Kokomi and Ganyu. Unlike the first banner in 3.0, which included Tignari and Zhongli, it seems that most of the community decided to skip this one.

According to the charts of the first day, the rerun of Kokomi and Ganyu ranked 31st in the all-time earnings list. Fans in the comments section claim that they were not surprised by the banner’s performance, given that the next Genshin Impact update consists of new and interesting characters. The only new game unit in this banner is the four-star Electro Dory user, although she didn’t seem to impress too many players as they tried to avoid the risk of losing their pity on 90 wishes for this Electro Pole Weapon support.

Ganyu and Kokomi Banner revenue for the first day (CN, iOS) from Genshin_Impact

Dori is a decent four—star character specializing in healing and creating energy particles for his group, although two five-stars, Kokomi and Ganyu, are considered S-level characters in their respective roles. Despite being one of the oldest characters in the game, Ganyu is still considered one of the strongest DPS variants in Genshin Impact. Her style of play revolves around dealing a lot of AoE damage, as well as the constant use of Cryo.

While she shines in the DPS role, Ganyu is also a worthy choice for an auxiliary DPS or support role. She has already appeared on banners several times, which may be one of the reasons why many players do not dare to spend their primogems on a cryo-bow user. Another five-star character, Sangonomiya Kokomi, is considered one of the best healers in Genshin Impact.

HoYoverse’s decision to add Kokomi to the banner caught many players by surprise, given that she was introduced in the Genshin Impact 2.5 update. Several fans claim that one of the reasons for the relaunch of Kokomi may be her great synergy with the new Hydro character named Nilou. The addition of two additional Dendro users will lead to the creation of a new type of team composition that focuses on triggering a new spontaneous reaction called Bloom.