Home Tech The Genshin Effect: keys to the success of miHoYo’s work 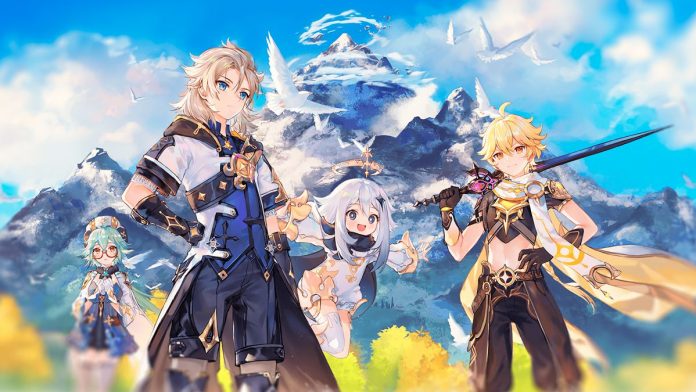 We take a look back and offer you a review of the evolution of the miHoYo title, Genshin Impact, from its launch to the present.

The past 2020 was full of great video game launches for all tastes. It was a year marked by the arrival of the next-gen with PS5 and Xbox Series X / S, but not for that reason were those titles that served as a finishing touch to close the previous generation of consoles. There was also room for surprises. Those works that, being new or old releases, managed to reach an unprecedented level of success. Names such as Among Us or Fall Guys are in this category as well as Genshin Impact, the proposal of the Chinese study miHoYo that has managed to become a great global success, managing to raise millions of dollars and captivate an extensive player base.

As the weeks have passed, they have managed to fulfill their promise based on keeping the title updated with the arrival of new events, characters, areas, missions and more. But, what is the reason behind this great success and how have you managed to harvest it in such a short time? We look back to see how Genshin Impact has evolved throughout these months since its launch, what are the keys to its success and what is the future that awaits this year 2021 and beyond.

The story of miHoYo and its experience with Honkai Impact 3rd

“Tech Otakus Save the World” is the motto of the Shanghai, China-based development studio behind Genshin Impact. It is his latest creation, and therefore not the first. We could consider them true experts in the genre they deal with, since they have been in the industry for more than eight years and the work at hand is not their only success. miHoYo was founded in 2012 by three students from Jiao Tong University who had many dreams in mind and good ideas in their hands. As a curiosity, we can say that the name of the company is an acronym for “my”, a term that expresses strong motivation and also has nerd connotations. To check at a glance what they have achieved in this time, we can mention that in just eight years they have managed to multiply their numbers to more than 1,500 people working (data from 2020).

In 2011 they were able to capture their ideas for the first time with the launch of their first video game, called FlyMe2theMoon for iOS. However, it was not until the following year when they were able to officially register their establishment and, to celebrate, they released their second work: “Zombiegal Kawaii”, which is currently deactivated. They continued to work hard to launch the so-called “Guns GirlZ” in 2014, the benefits of which eventually enabled them to establish a Japanese subsidiary. Due to the strong link with the Japanese and otaku culture that the works of miHoYo have, it was one of their objectives to expand borders and not close only in Chiina, but to end up being known throughout the world.