Home Tech The GameStop case will be captured in a movie 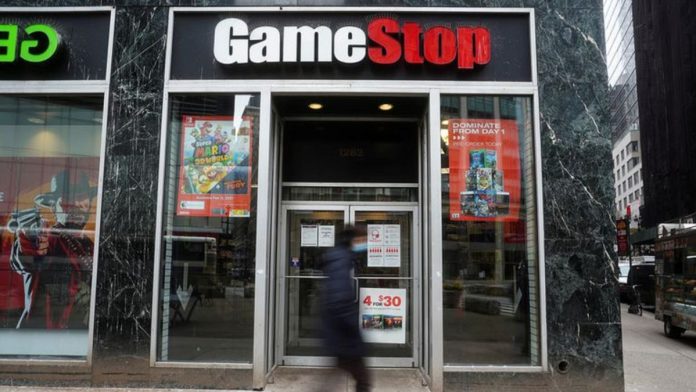 The Wall Street stock market craze has caught the attention of gamers, the media and movie studios. The flashy rise and subsequent crash in the value of the shares of GameStop, the North American video game store chain, took Hollywood overtones last week, when a group of Reddit users launched a carefully thought-out operation to increase the company’s value.

Despite the chain going through a lean era. According to Deadline publishes exclusively, this chronicle will be reflected in a future film, although this time reality has surpassed fiction. Netflix, explains the aforementioned medium, also seeks to reproduce the story.

After a fierce fight for rights, according to sources have communicated to this media, MGM has closed an agreement to acquire the rights to the book The Antisocial Network, a work that will be signed by the author of The New York Times Ben Mezrich, and that he will narrate this story in a chronic format. In this way, the way in which a group of investors and players managed to put Wall Street in check will be reflected. According to Deadline, even though the story is still fresh, MGM has moved fast to grab the rights.

Who are the makers of MGM and Neftlix movies?

Mezrich, also the author of The Accidental Billionaires: The Founding of Facebook, a Tale of Sex and Genius and Betrayal, will return to work alongside MGM’s Michael DeLuca. Oscar nominee Aaron Ryder (Ryder Picture Company), who recently signed a deal with MGM, will serve as producer, while Cameron and Tyler Winklevoss will serve as executive producers. The project is a priority of the study, while the book plans to poll publishers starting in February.

See Also
Discussions of the actions in Gamestop: Wall Street

As for the Netflix project, Mark Boal (Zero Dark Thirty) is in negotiations to write the script. Noah Centineo, who has already participated in another film on the platform (To All The Boys I’ve Loved Before) aims to be part of the cast, while activist and journalist Scott Galloway is talking to participate as a possible consultant. Brad West will serve as producer and Definition Entertainment will bring in Nick Styne and Marl Sourian as executive producers. Netflix has declined to comment on the matter.