Home Entertainment The Games That Weren’t: A Walk on the Boulevard of Broken Dreams 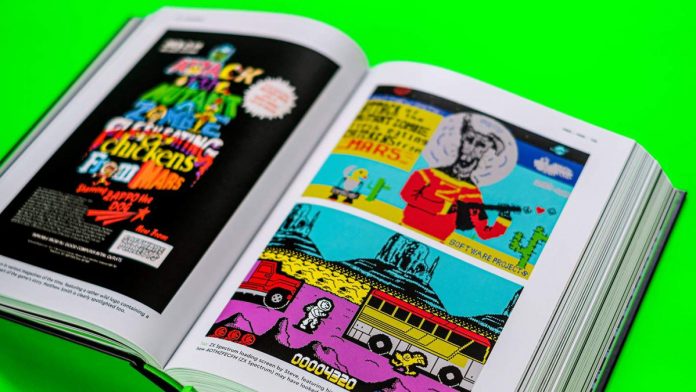 The Games That Weren’t is one of the latest works within the Bitmap Books label, signed by Frank Gasking, a true specialist in the subject that addresses: unpublished games, projects that for various reasons were out of the hands of the public and that Thanks to the preservation, or to the memory of those who worked on it, there may be some proof of the work carried out and what it could have been if the circumstances had been right.

More than a compilation of projects that did not see the light of day, the book is a fascinating window into how video games were developed in different times, what the business was like around them and many other details about the men and women who have been part of the forefront of this sector. Since it follows a chronological order, the story begins in the mid-70s, with several arcades and games from companies with Atari or Activision that did not reach the public and that constitute an invaluable document from the point of view of the preservation of the video game. In those first pages the oral will of the first pioneers is collected, of the artisan way with which video games were made then, the methodology with which an arcade was tested and how executives dictated whether a machine was going to succeed in the market , or not.

A good example of all this we find with Sebring, one of the most famous recreational losses of Atari. An innovative racing game in a full cockpit, with steering wheel, two years before the revolutionary Pole Position, the great Namco benchmark that would revolutionize the concept of electronic racing games. Beyond talking about the project, which was canceled due to a series of factors, including the price, the author interviews several of those responsible at the time, trying to assemble the puzzle of who and how (not always successfully, they have passed a few years and the members of Atari at that time already have an age). The story of the engineering work “the letter” ‘to achieve the desired depth effect, with the limitations of the hardware of the time; the contribution of photographic material; and even the recreation of artists, drawing a game that is not preserved nothing from the descriptions of those who did see it, they form a mosaic of enormous value for the digital archeology of our environment.

The book contains all kinds of fascinating stories, told in great detail thanks to the direct testimony of its protagonists. One of the chapters is dedicated to one of the “legends” of the Zx spectrum era: Attack of the Mutant Zombie Flesh eating Chicken from Mars, which was to be the new work of the legendary Mathews Smith, legendary creator of Manic Miner and Jet Set Willy, of how it began as a game based on the Road Runner, of the strategies of his boss to pressure Mathew that He would finish the project with the hope of producing another best-seller, of the whole days with the programmer alone in the office eating potatoes in the microwave and of how everything went to hell despite the full-page advertisements in the magazines of the time.

These are just some early examples of what the almost 650 pages of a book that is full of information and that is a dense and passionate read on an aspect that often goes unnoticed in the video game industry: the vast majority of projects that start never arrive to light. It is generally accepted as an accepted part of the world that many projects never reach the production phase, the tangible material work with them, that falls within the norm. But here it tends to focus on the more dramatic stories, when there is a real production and work done but the project does not come to fruition, sometimes even when it is practically finished, leaving an understandable bitter aftertaste among those who participated in it, who now have the opportunity to value your work of yesteryear. There are also some cases of projects that did not advance much but had a certain public impact and too much ambition to materialize into something playable, as in the exciting story of Dick Special, an ambitious Amiga game that tried to create an “animated world”. with an aesthetic and interaction quite above other contemporary projects but which was more ambitious than in reality, despite the early expectation it had generated among fans.