Home Entertainment The gameplay of AEW Fight Forever looks like an updated WWF No... 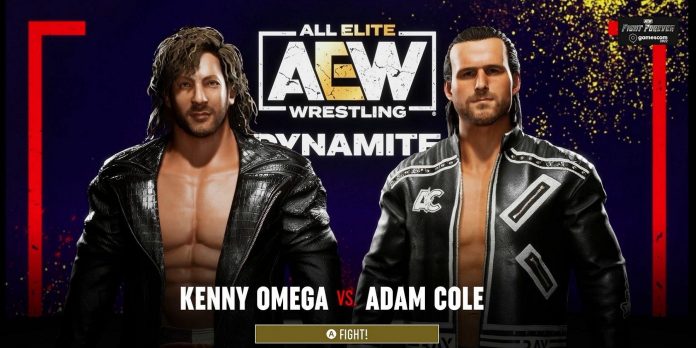 Shortly after All Elite Wrestling was created, those associated with the company confirmed that a video game based on the promotion was in development. Three years later, the video game AEW Fight Forever is nearing release. At the time of writing this article, we still don’t have a specific release date for AEW Fight Forever, but thanks to Gamescom, fans now know what a full match in the game looks like.

AEW Fight Forever gameplay was presented at Gamescom, which depicts a match between Adam Cole and former AEW world champion Kenny Omega. The HUD and overall gameplay are very similar to the updated version of WWF No Mercy, where players build up their momentum counter to perform their most powerful moves. Once players manage to fill their momentum meter, they can perform a taunt to go into a special state that allows them to use their finisher. That’s about how WWF No Mercy works, so fans of the classic Nintendo 64 game should be happy with what they see in AEW Fight Forever.

A video of the gameplay of AEW Fight Forever was shown at Gamescom and presented live on Twitch with the participation of Player Uno and Colt Cabana. To go to the gameplay frames, go to about the 7-minute mark in the stream.

Another thing that AEW fans may notice is the training messages that appear throughout the match, featuring William Regal. These tutorial messages explain each stage of the match and the different situations players may find themselves in, telling them how to perform their special attacks, get out of pin attempts and avoid grabs. This should help players learn how to play the game when it comes out, especially because it seems like it will be different from what professional wrestling fans might get used to in the latest WWE 2K video games.

AEW Fight Forever described its game modes in detail and demonstrated the gameplay, so in fact the only question remains when fans will be able to play the game themselves. The release date of the AEW Fight Forever video game is still unknown, but it is expected to be released later this year. Whenever it comes out, it will be interesting to see how the game stacks up compared to other professional wrestling video games on the market.

AEW Fight Forever will be released later this year for PC, PS4, PS5, Switch, Xbox One and Xbox Series X.