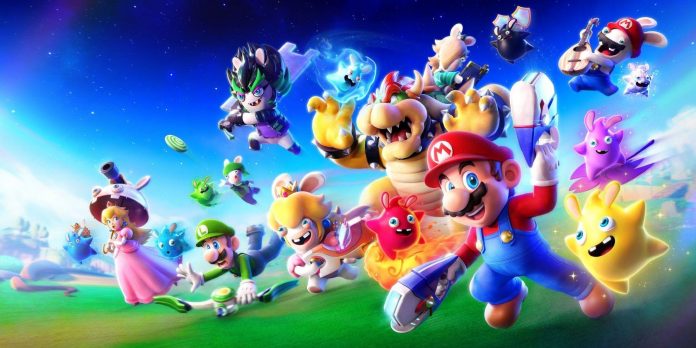 Due to the rapid approach of Mario + Rabbids Sparks of Hope, Ubisoft has announced that the upcoming tactical game has reached an important milestone: getting gold. For those who don’t know, the golden status is when the game reaches the point where it is ready for distribution in digital stores and printing on discs or cartridges that will be available in retail stores. In other words, the launch version of Sparks of Hope is now more or less complete.

The fact that the sequel to Mario + Rabbids Kingdom Battle will become gold was announced in a short post on Twitter, where Ubisoft expressed joy that Sparks of Hope is ready to debut next month. The company also advised fans hungry for new information to follow the practical previews from game stores that have started appearing on the Internet.

Many of these publications, including Game Rant, have recently had the opportunity to familiarize themselves with the early build of the game for several hours. Based on these first impressions, it seems that “Sparks of Hope” is a big step forward compared to “Battle for the Kingdom”, and almost all aspects of tactical gameplay have been improved in the sequel.

This time in Sparks of Hope, more attention is paid to more dynamic squad lineups, which gives players the opportunity to change their team in each round. Moreover, the characters are balanced in such a way that no character is the “best” in a particular role, which encourages players to be more strategic in choosing who to go with during the battle. Characters will also be more customizable in various ways, including using titular Sparks, Rabbid/Luma hybrids that can enhance characters in ways such as changing the type of damage, granting invisibility or shields, and more.

The game Mario + Rabbids Kingdom Battle 2017 was a pleasant surprise for fans of Mario and the Rabbids. In addition to turning both franchises into a type of game, few expected to see them in a turn-based RPG strategy squad in the spirit of XCOM. a balance of accessible gameplay and strategic depth. The genre of team tactics is something that is missing when it comes to family—friendly games, so the crossover served as a great introduction for both young players and those interested in something more bizarre than usual.

So far, all signs point to Mario + Rabbids Sparks of Hope providing an even more satisfying look at the formula. And given the planned post-launch content, such as the Rayman DLC, players will have a lot of interesting things in the coming weeks and beyond.

Mario + Rabbids Sparks of Hope is released on October 20 on the Nintendo Switch.

The best existing combinations of Pokemon types and which Pokemon have...