Home Entertainment The Game Awards To Reveal New Information On The Lord Of The... 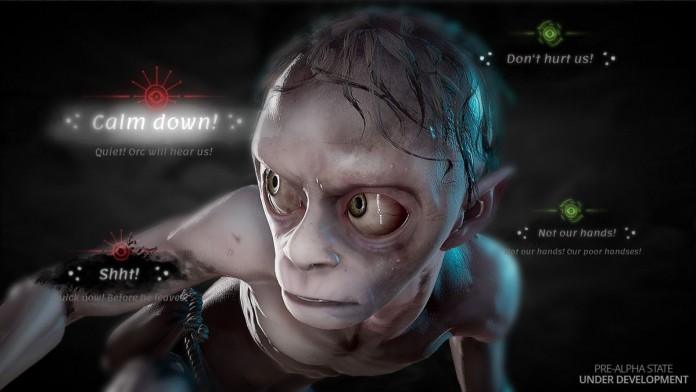 The Game Awards: The Daedalic Entertainment title will arrive in 2022 for PlayStation, Xbox, PC and Nintendo Switch consoles. The game will appear in some form at the gala. Daedalic Entertainment has confirmed that The Lord of the Rings: Gollum will appear at The Game Awards 2021 gala. The long-awaited video game based on The Lord of the Rings will reappear after showing at Nacon Connect 2021 this summer with new information; Although it has not transpired in what way we will see it and if we will have a new trailer.

The Game Awards gala will feature between 40 and 50 announcements, of which at least a dozen will be world firsts. One of them is an advertisement that has been brewing for two and a half years. We will be able to follow the conference live from 01:00 (CET) on Friday, December 10; that is, at dawn from Thursday 9 to Friday 10 December in Spain. More than half of the show will be focused on new announcements, says Geoff Keighley, promoter of the event.

Something’s lurking in the shadows…

What do we know about The Lord of the Rings: Gollum

The Lord of the Rings: Gollum will take us back to Middle-earth “through the eyes and twisted mind of one of the most iconic characters of all time,” commented Harold Riegler, producer of the title, on the occasion of his latest exhibition. last july. We are facing a third-person adventure title starring Gollum / Sméagol that will bet on action mechanics, platforms, stealth and an individual campaign that will give weight to the narrative. This story will be located exactly before the events narrated in the novels of J.R.R. Tolkien and, consequently, the three films adapted to the world of cinema.

Gollum has already found the ring, so that we will know what the transformation of the character is like, his traumas and the aspects that make him such a special figure in the universe of The Lord of the Rings.

The Lord of the Rings: Gollum is slated for a worldwide release in Fall 2022 for PlayStation 5, Xbox Series X | S, PS4, Xbox One, Nintendo Switch, and PC via Steam.