Home Entertainment The Game Awards 2021: List Of All Winners 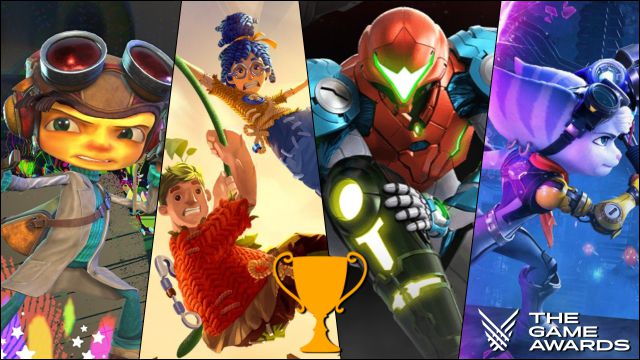 It Takes Two becomes GOTY and accumulates a total of three awards; the same as Forza Horizon 5. We go over all the winners from the 2021 ceremony. The Game Awards 2021 has returned to the face-to-face model after a year marked by the pandemic and by distance. The Microsoft Theater in Los Angeles, California, has opened its doors to celebrate excellence in the video game sector during a complex year 2021; at the same time that it has helped us to know a few dozen announcements and not a few world firsts. That special flavor of celebration, of joy, is savored this Friday night especially by It Takes Two, one of the great winners of the night. With a total of 3 awards, Hazelight and Josef Fares’ title becomes Game of the Year, Game of the Year (GOTY).

The accolades presented by Geoff Keighley have also left other prominent big names returning home with awards under their arms; from Metroid Dread for Best Action Adventure Game to Forza Horizon for Best Driving / Sports Game, Accessibility and Best Sound Design; Deathloop with the best art direction and direction, Marvel’s Guardians of the Galaxy with the best narrative or Kena: Bridge of Spirits as the best independent game and best game for a rookie studio.

Then, whether or not you agree with the results, you can see the complete list of categories with the winners marked in bold, the result of which is none other than the sum of the votes of a total of 103 specialized media and prominent influencers (90%) and the public (10%).

Game of the Year

NCIS: Hawaii: Fans discover a new clue of romance between these...