Home Entertainment The Game Awards 2021: Geoff Keighley Rules Out The Presence Of Activision... 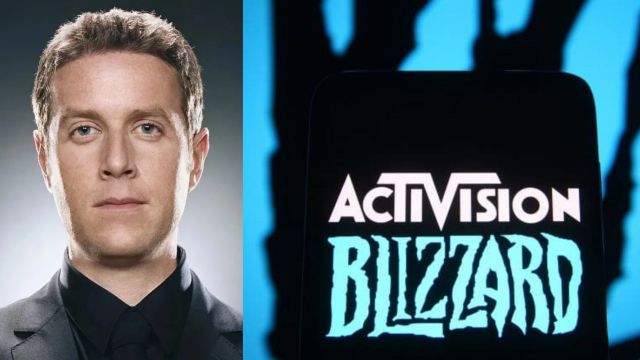 The Game Awards 2021: The popular presenter has taken a position in favor of the employees and has come up against criticism to confirm that the company will not attend the event. The Game Awards 2021 will be held during the early hours of December 9-10. There will be many companies and video games that will attend this new edition of the fair, but Activision Blizzard will not be one of them. This has been confirmed by the producer and presenter Geoff Keighley, who has decided to position himself in the middle of the controversy to announce that the American company is out of the event. Of course, his games will keep the nominations obtained. He has done so through the following statement on his personal Twitter profile.

“Beyond their nominations, I can confirm that Activision Blizzard will not be part of The Game Awards 2021. It is a time of celebration for the industry and there is no room for abuse and harassment. We have a platform that can inspire change and we are committed to it, although we must work together to build an inclusive environment, in which everyone feels safe. We have incredible games and it is with their creators that we must celebrate it ”.

Microsoft, Nintendo and Sony position themselves

It is not the first time that the great players in the video game industry have spoken out about the controversy that has been plaguing Activision Blizzard for months. Without going any further, Phil Spencer of Xbox said that he felt “disturbed and deeply concerned” by the situation, and that it was necessary to “evaluate all aspects” of the relationship between the two companies. An almost identical position to that of PlayStation, as Jim Ryan admitted feeling “disheartened and frankly dumbfounded” after seeing the official statement from the CEO of Activision Blizzard, Bobby Kotick.

Nintendo was the last to rule on the matter. Through a letter in the handwriting of Doug Bowser in which he explains that he has followed closely all the events: “I find these accounts distressing and disturbing. They go against my values, as well as Nintendo’s beliefs, values ​​and policies. “