Home Tech The Galaxy Watch 4 And Buds 2 Release A Version Inspired By... 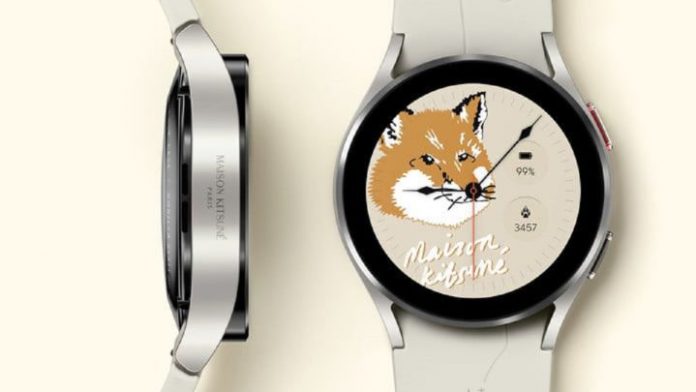 Galaxy Watch 4: Samsung has had its new event in which there have been no big surprises beyond new versions of its devices. Two of them have been the Galaxy Watch 4 and the Buds 2, which if you don’t know them are the Korean firm’s smart watch and headphones, which will have a design inspired by the French fashion firm Maison Kitsuné.

The new special accessories of the Samsung Galaxy family

Having a headset and a smartwatch is something that almost all users have to complete their experience. Some only have one of these elements, but it is a fact that companies have an ecosystem of devices that are sometimes better to use from the same brand.

If we take a look at Samsung, we find a collection of devices that honor collections that correspond to the latest in fashion and design. Sometimes they have big name brands like we have seen on other occasions with Adidas when they brought out their original Buds Stan Smit. In fact, the headphones have had a special makeover this year.

And it is that the company has presented its new versions of Los Galaxy Watch 4 and Buds 2 Maison Kitsuné today in its special Unpacked. You may not know this brand, but it is a French clothing company that also has its own cafe distributed in countries such as France, South Korea and Japan. In fact, it is no coincidence, since the name of the brand is a fusion of the names Maison, which means house in French, and Kitsuné, which is the way you say fox in Japanese.

Regarding the new Samsung line, we find the same devices with the same characteristics with which they arrived on the market. The big difference is in a very exclusive renewed design made by the brand. In the case of Galaxy Watch 4 we have two design straps with the brand’s name in freehand style and a simpler one with the company’s fox logo. Of course, you will have several crowns to choose from exclusive to the version.

In the case of the Buds 2, we see that the box that keeps them shows the name of the brand and inside the fox logo in a pearl color. But the thing does not end there, and this version is accompanied by an extra cover in green with the embroidered head of a fox.