Home Entertainment The Future Of Ubisoft: Star Wars, Avatar, Beyond Good And Evil 2 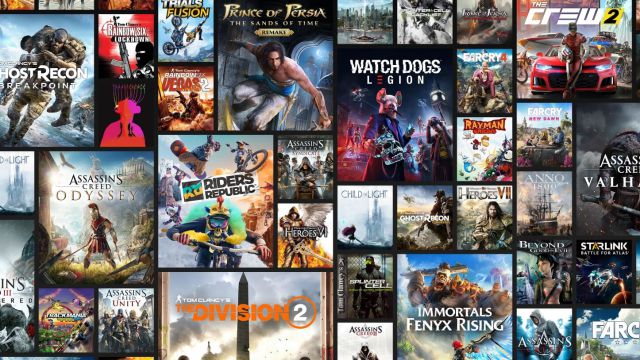 Ubisoft: The company closes a 2020 year of records thanks to sagas like Assassin’s Creed, but new names and strategies appear on its roadmap. Ubisoft held its quarterly meeting with investors on Tuesday to take stock of the recently ended fiscal year 2020/21. The French company reports record revenues of 2,241 million euros (46% improvement), which translates into operating income of 473 million euros and a profitability of 21%. But you have to look to the future. While licenses like Assassin’s Creed have driven these results, Yves Guillemot’s assume they need to expand their catalog with potential new hits.

Names like Avatar, Beyond Good & Evil 2, Riders Republic, Skull & Bones, Star Wars are the intellectual properties highlighted in the report. Titles without an exact date, to which must be added Far Cry 6, but projects that will be added to the already recurring licenses within the ranks of the Ubisoft label; as Assassin’s Creed himself, who is experiencing his best ever in terms of revenue and revenue with Valhalla as the main responsible.

For the current fiscal year, which will end on March 31, 2022, Ubisoft wants to maintain that “our launch schedule for fiscal year 2022 will be the most diverse we have ever had,” says Frédérick Duguet, chief financial officer of the French firm. The strategy of 3 or 4 large AAA projects a year is over.

Ubisoft to Release More “High-Quality” Free-to-Play Games; change of strategy
“Constantly adapting to new trends in the industry, we invest to grow our most important brands and expand the diversity of our catalog,” says Ubisoft in its official communication. With a business model based on initial gratuity with microtransactions or integrated purchases, the so-called free-to-play, the company will change its strategy to dedicate more efforts to securities with this amortization model.

“We put aside our comment on the launches of 3 or 4 AAA premium titles a year,” says Duguet. “We are modeling high-end free-to-play games tending to our AAA’s long-term ambitions.” The first example is none other than The Division Heartland.

How do I find the song I’ve heard? 6 Best apps