Home Entertainment The future of the Fallout franchise is still unknown 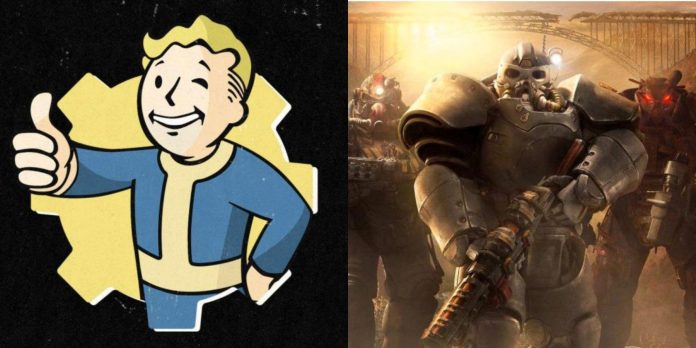 Since the release of Fallout 76 in 2018, information about the future of the Fallout franchise has been limited to rumors. Fans are talking about where the game might be, whether Fallout New Vegas will have a sequel and how the franchise can be improved, but no really specific information has been provided over the years. There seems to be a lot of evidence that the franchise won’t be popping up with new titles for a while.

The last thing Bethesda CEO Todd Howard said in an interview with IGN was that Fallout 5 is being proposed, but Fallout 5 is not confirmed. Some say that there are leaks, but usually this is unreliable information. There have been a lot of leaks over the years, but again, nothing they’ve said has been confirmed yet. In other words, the future of the franchise is still completely unknown.

Fallout 5 could be a long time coming

A sobering and likely scenario is that a new Fallout game may appear in the very distant future. This probability was discussed last year, and after more than a year, the news and information have not changed. In January 2021, video game leader Tyler McVicker mentioned in a tweet that he doesn’t expect “anything close to Fallout 5” until the 2030s. This was a big deal, since McVicker is one of the sources of information well known for his accuracy for Nintendo and Valve.

McVicker made a conclusion that a year later still holds true: the studio behind Fallout is paying attention to other franchises, such as The Elder Scrolls and Starfield. Starfield is not out yet, and how it will be perceived by the audience and critics may also affect the future of Bethesda. Gamers have also been waiting for Elder Scrolls 6 for a long time, and it seems that they will work on the next game, since its last main game was released 11 years ago, and Fallout 4 is only seven years old.

Finally, Fallout 76 exists, and it’s an MMO that can constantly get more content and DLC. This may force the studio to focus more on its other projects, complementing its fans with DLC for Fallout 76. Hopeful fans may hear that Bethesda is working on Fallout and think that this is a hint of Fallout 5, but most likely it could just be something more. content for Fallout 76. Back in an interview with Todd Howard IGN, which was back in November 2021, he described that the proposal for Fallout 5 is just a “one—page text”. This is an incredibly crude scheme that can change completely.

Bethesda is not the only developer of some Fallout games. Obsidian was licensed by Bethesda and created one of the most beloved games in the series: Fallout New Vegas. Many fans are hoping for a sequel, and there have been rumors that Obsidian supports this idea. However, Obsidian has its own problems. Since 2018, it has become part of Microsoft Studios.

For Obsidian, 12 years have passed since Fallout New Vegas, and there are plenty of other franchises on his plate. The Outer Worlds was a success, so now Obsidian is working on a sequel. He is also working on Avowed and Grounded in Early Access. In other words, their situation is very different from what it was in 2010.

However, as with Fallout 5, there are leaks. One of them named Jeff Grubb said that the sequel could happen due to the fact that Microsoft acquired Bethesda as well as Obsidian. However, Grubb mentions that if Obsidian eventually makes a sequel, it won’t be released for a very long time. So, like Fallout 5, the sequel to Fallout New Vegas is pure speculation and completely unknown.

What can a long wait mean

Considering that a year ago Fallout 5 was just a one-page proposal, many fans are convinced that they will have to wait a long time for the game to be released, if it comes out at all (until it is confirmed, Fallout 5 will not always be). a small probability). A long wait, as usual, leads to speculation. If the game does not come out for a very long time, then it is quite possible that it will be on a new generation of consoles, which are a mixture of pros and cons. The pros are that the next generation means better graphics and new mechanical capabilities. The downsides are that Fallout 5 may have more crashes due to work on a new console, and developers can’t learn much from Fallout 4.

If Bethesda waits too long, old Fallout developers may leave, and developers with less Fallout experience may take responsibility for Fallout 5. Bethesda itself may undergo a lot of changes, and this will eventually affect the games it makes (and whether they get it at all). to be produced).

Fallout 76 had a problematic launch and has since been fixed with patches. However, despite these fixes, the MMO has slightly damaged Bethesda’s reputation. Although some fans eventually view the MMO as a Fallout spin-off and believe that Fallout 5 will not affect its existence, it still affects the future of Fallout 5.