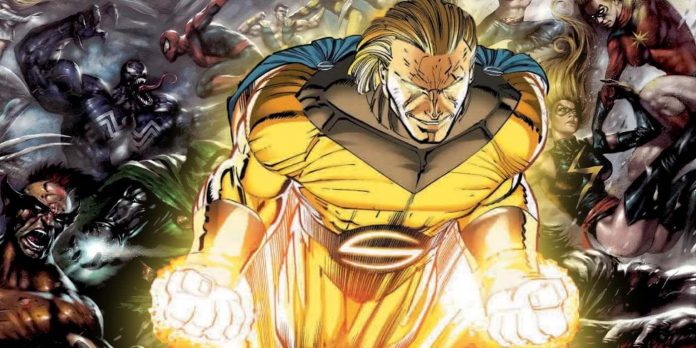 One of the Avengers’ biggest fears is what would happen if all of Sentry’s powers were unleashed in the Marvel universe, and in the “What If…?” story, the nightmare became a reality. In What if…? #200 from Marvel Comics, the publisher asked what would have happened if Norman Osborn’s The Siege of Asgard had been successful? The answer is particularly cruel, as it would lead to Sentry destroying the entire world after releasing the Abyss.

The sentry is one of the most chaotic forces in the entire Marvel universe, and the hero’s powers of a million exploding suns apparently have no upper limit. While the Sentinel tried to be a hero and work alongside the Avengers, his unpredictable nature made him one of the most destructive creatures ever, as his dark side, the Void, turns the hero and his extraordinary abilities into a world-devouring monster. To stop the Void, Sentry erased the memory of his powers from the world several times. But it seems that the hero always returns, including in the Siege storyline. In this comic, Sentry worked alongside the Dark Avengers and destroyed Asgard when his powers got out of control.

While Norman Osborn, Sentry, and the Dark Avengers failed in the siege of Asgard, what if…? #200 Mark Guggenheim, Dave Wilkins, Lucio Parrillo, and Dave Lanfer of Marvel Comics imagined what would happen if they defeated Earth’s most powerful heroes. The problem is, what if the Sentry killed Ares a few days earlier and rested before the battle against the Avengers? It turns out that this would lead to the destruction of the Earth. Sentry impales Luke Cage with his fist, cuts off Captain America’s head with his shield and kills Bullseye and Emma Frost after learning about the death of his wife Lindy. When he loses control, the Sentry is on the verge, and the Abyss is released, brutally killing the Dark Avengers.

The Void will kill all the Avengers, other heroes, villains and the population of the Earth. Watcher Uatu remains to watch the destruction of the planet as the Sentinel’s dark side uses its powers to consume the world. The cosmic being admits that it’s only a matter of time before Sentry engulfs the Moon and the rest of the Marvel universe.

While What if…? the story takes place outside of continuity, it proved that all of the Sentinel’s unleashed powers would not only kill Earth’s Greatest Heroes, but could also destroy the Marvel Universe as a whole. He hardens some of the most powerful heroes before turning on the planet and devouring it. This is an amazing show of strength that shows why Sentry and others have worked so hard to suppress the Abyss. When his dark side is unleashed, even the Avengers are helpless against the Sentry.

Gran Turismo 7 Pays Homage To Motorsports In Its Emotional Intro