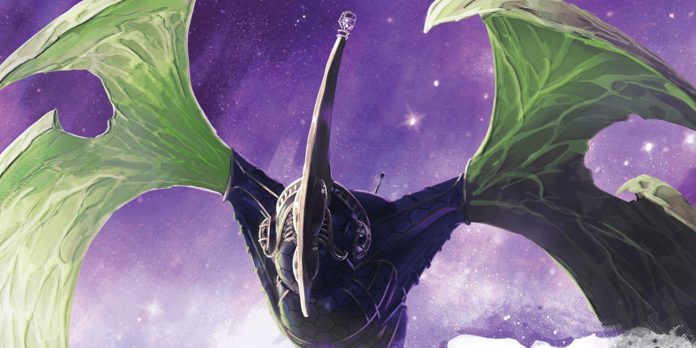 The fourth and final chapter of the Spelljammer Academy mini-campaign for Dungeons & Dragons is now available for free in D&D Beyond, offering players a complete adventure that will prepare them for the upcoming Light of Xaryxis campaign. Spelljammer is a D&D space campaign in which participants embark on adventures in Wild space on magical sailing ships known as charjammers.

The setting of the Spelljammer campaign will appear in D&D 5e in the upcoming game Spelljammer: Adventures in Space, which is scheduled to launch on August 16 and September 13 in Europe, the Middle East and Africa. Spelljammer: Adventures in Space is a box set containing three books, a DM screen and a double—sided poster map. Three books: The Astral Adventurer’s Guide, Boo’s Astral Menagerie, and The Light of Xarixis. “The Astral Adventurer’s Guide” is a book for the player, which presents new character variants for the Spelljammer, as well as rules for the spelljammers themselves; “Boo’s Astral Menagerie” is a book about monsters with statistics of new threats waiting in the Wild Space; and Light of Xaryxis is a campaign involving players of 5-8 levels and which is divided into twelve chapters.

The last chapter of the Spelljammer Academy is called “Here’s H’cata” and includes a journey to the planet H’cata, which is located in the same solar system as the world of Toril from the Forgotten Kingdoms. After players finish “Here’s the H’cata”, they will reach level 5, which will put them in the range of levels for the Light of Xarixis, which will allow groups to join the campaign if they wish. The Spelljammer campaign setup is extensive and endless, and there’s nothing stopping players from using the Spelljammer Academy instead as an introductory piece for their own home campaigns.

Spelljammer Academy also introduces the rules of the Spelljammer ship, gives players the opportunity to hang out on the magical holodeck, and even allows them to steal an abandoned beholder ship. DM should check this out if they are going to launch a Spelljammer campaign, as it offers a great introduction to the setting and new rules introduced in D&D: Spelljammer: Adventures in Space. People who refrained from launching Spelljammer Academy as a weekly event can now read the entire adventure and decide whether they want to play it or would prefer to dive headfirst into Spelljammer after the launch.

In search of a wife-sister Season 4: age, work and instagram...