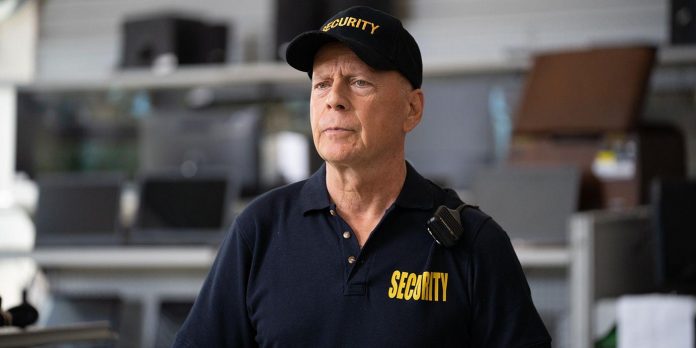 Screen Rant can exclusively present the trailer for the upcoming movie “Wrong Way“, which will be released in theaters on July 15 and will be available on demand at the same time. Vertical Entertainment’s production is an action thriller directed by Mike Burns and written by Bill Lawrence, who previously worked together on the 2020 film Out of Death, which also starred Bruce Willis.

In “The Wrong Place,” Willis plays Frank, a former small-town police chief. As noted in the film, he is being hunted by a drug lord seeking to silence him before he can testify against his family. While it may seem like Frank has nowhere to go, the kingpin ends up facing more than he bargained for when he threatens to harm Frank’s daughter Chloe (Ashley Greene, from the Twilight and Bombs franchise). Other members of the exciting cast include Michael Sirow (Fortress: Sniper’s Eye) as Jake and Texas Battle (The Bold and the Beautiful) as Captain East.

RELATED: Some of the best action movies of the last 5 Years

In Screen Rant’s exclusive first look at the “Wrong Way” trailer below, viewers can see a tense chase, as well as an ongoing murder that is interrupted by Frank Willis. Preparing to become the only witness in the case, he notices that his daughter is coming to town. This is a situation that can only cause problems, which is clear when Chloe and her friend are kidnapped and Frank goes on a mission to rescue them. Watch the trailer below:

Perhaps the most intriguing part of the “In the Wrong Place” trailer is how competent Chloe is allowed to be. A two-minute synopsis of the film already demonstrates how she does everything: from objecting to villains and trying her luck in escaping to kicking and smashing them with boiling kettles. There is no doubt that Frank will do anything to save his daughter, but fortunately she will work hard to save herself.

The “Wrong Way” poster further emphasizes this equality between the main characters, as Green is in front and in the center with Willis, and each of them looks scared but determined.

Other recent releases from Vertical Entertainment include last year’s funny romcom “The Hate Game” starring Lucy Hale and Austin Stowell; this year’s adventure comedy “Disconnection” starring Eva Longoria and Matt Walsh, as well as the theatrical revolution in the Tankhouse.