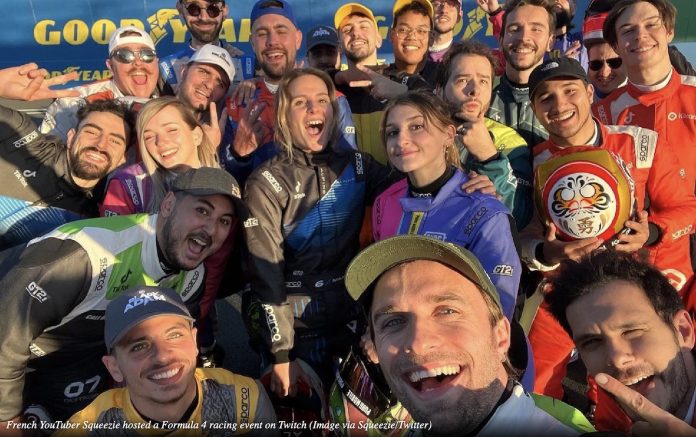 French YouTuber Lucas “Squeezie” Hochard held his own F4 Racing event, which was attended by more than 40,000 people live, and millions more tuned in online.

26-year-old French YouTuber Squeezie is one of the largest authors in the world. Known for his popular freestyle and rap battles, he has amassed more than 17 million subscribers to date.

On September 29, the popular YouTuber announced that he would hold his own open—wheel F4 racing event, the Explorer Grand Prix.

22 creators took part in the race, it was a wonderful competition.

According to Jake Lucky, all the drivers trained for six months to be able to participate in the race, which took place at the Circuit de la Sarthe in Le Mans on October 8.

More than 40,000 people came live, and the peak of the broadcast on Twitch was 1,041,828 viewers. Formula 1 driver Charles Leclerc even tuned in to the broadcast from Japan on the eve of the Japanese Grand Prix.

There were also tense moments at the Grand Prix, when even one YouTuber crashed, although, fortunately, no one was injured.

After the event, Squizy took to Twitter, where he thanked his fans for their help in creating unforgettable memories.

The YouTuber also thanks other drivers, as well as engineers, mechanics and volunteer marshals for their help in holding the event.

The Biggest Move In Gaming History

Gamers are arguing who would have won if Arthur from Red...