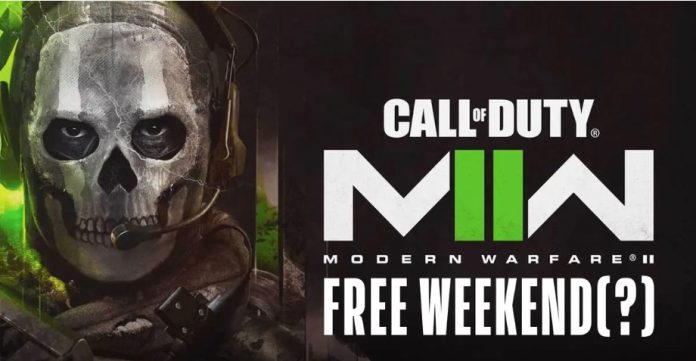 According to some sources, a free weekend for the multiplayer game Modern Warfare 2 is coming soon.

According to Insider Gaming sources, Activision plans to hold a free multiplayer weekend for Modern Warfare 2 starting on December 15, 2022. This free weekend will last until December 19, 2022. Warfare 2 is released the day before. That is, December 14, 2022. Details about some of the features coming out in the off—season update are in our previous article. To summarize, however, we will see the return of the shipment card, as well as some guns and operators.

In addition to the mid-season update and free weekends, sources also told Insider games another important news. That is, Black Ops Cold War will receive an update. They said the update release date is December 6, 2022. However, there were no details about the content of the update, so we don’t know if it is a patch or new content.

Of course, as is the case with most such news, it’s not official yet. Activision hasn’t announced anything about this free weekend yet. However, we can probably expect an official announcement soon. In the meantime, players can enjoy the recent update of the first season. For those on the fence, don’t worry. This supposed free weekend of Modern Warfare 2 should help you decide if you want to buy the game.

However, for those who are already playing the game, please note that the CDL competition playlist is still unavailable. This happened after Treyarch announced that they had recently discovered some problems, which is why they have disabled the mode for now. At the time of writing this article, the Trello card for CDL delay has not changed. Its only update came on November 19, 2022, when they announced they were still trying to solve the problems.