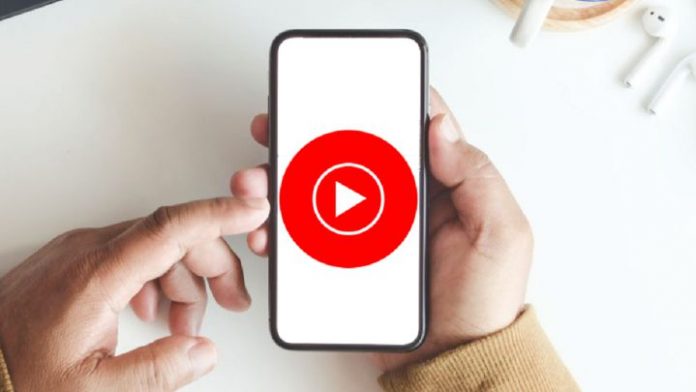 YouTube Music: Many users spend hours listening to music on YouTube, a platform that was originally designed to play videos. And it is that the video clips attract a lot of attention for the mere fact of seeing the artists themselves sing the song they hear, although soon YouTube Music will abandon this function to play audio exclusively.

The Mountain Viewers have made a lot of changes to their app lines to simplify their services. The most important have come in recent years, where its Google Play Music platform gave way to YouTube Music, a service designed to deal with the proposal of Apple and Spotify. In fact, it even has its own subscription system, but now it will cut the capabilities of free users.

And it is that, according to what Phonearena has, YouTube Music will block the video function of the platform. This does not mean that if you are a free user of the app you cannot listen to the playlists that you have in the background and explore the new themes that you have available. In fact, you can even keep listening to your favorite music in the background on your smartphone.

All this will continue to work, but what you will no longer have is the video clips function. It supposes a somewhat simple but coherent reduction within what the service offers. If you take a look at their rivals they do not have this multimedia service, something for which you will have two options to enjoy it

One of them is to watch the video clips directly on the traditional platform and the other is to pay for the premium version that will cost you 9.99 euros per month with a free month if you hire it for the first time. Of course, the downside of the first option is that it will only work in the browser version of your PC, while in the app of your smartphone it will not be possible unless you go through the box.

A process that will take place little by little

What appears to be a simple update will be a process that takes a while. And it is that Canada will be the first region in which the videos disappear in the free version of YouTube Music. This will happen on November 3 and since then they will gradually update themselves until they cover the whole world.

The Main News Of Football Manager 2022 For This Season

How to Get Pieces of Fur in Monster Hunter Rise Sunbreak