Home Celebrity The Fox figure from BLACK PINK became a hot topic after these... 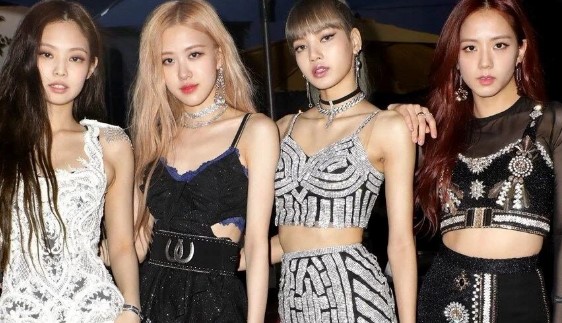 The fox from BLACKPINK has joined the trend of “visible underwear”! On Instagram, the idol aroused the admiration of Internet users and fans because of the unconventional outfit that flaunted her stunning physique.

On September 24, Lisa from BLACKPINK posted a series of photos showing her unconventional style in clothes, without any comments.

The images seemed to be behind-the-scenes shots from a photo shoot and a video clip for the latest release of “Shut Down“, the title track of the second studio album “BORN PINK”. After downloading, the idol immediately attracted huge attention from Internet users, K-pop fans, especially BLINK fans, because of its appearance.

As of September 27, the post has garnered 7.87 million heartfelt responses, and most of the comments can’t help but admire her beauty and body.

In the photos, Lisa showed off an excellent figure, boldly exposing white underwear. She also showed off a provocative and dizzying mesh tank top and jacket combined with an ultra-mini skirt. Lisa is one of the idols who perfectly assimilated the trend of “visible underwear”, which was shaken by her BLACKPINK accomplice Jenny, Sandara Pak, LOONA Hijin and others.

After seeing this post, fans reacted positively to her bold image, which emphasized her outstanding figure. Netizens were particularly impressed by her slim waist and long legs.

Fans, especially Lilia (Lisa’s fans), who saw the photo, left comments such as:

“The most beautiful woman.”
“The hottest as always!”
“Such a fashion icon.”
“Long live the Queen of K-pop Lisa”.
“Lilies love you!”

Meanwhile, BLACKPINK, a band that includes Lisa, released their second full-length album “BORN PINK” and the title song “Shut Down” on September 16.

BLACKPINK are writing a new history of K-pop, conquering the US Billboard album chart. He has sold 102,000 albums in the US and topped the Billboard 200 for the first time on October 1.

For the first time in 14 years, a female group reached the top of the Billboard 200 after the American female group Danity Kane in 2008. They are also the first female K-pop group to achieve this feat.

In addition to this, BLACKPINK also took the first place in the official UK albums chart on the 24th, surpassing the best K-pop female group record (2nd place), which they set with their first full-length album “THE ALBUM”. BLACKPINK is the only Asian artist who has dominated two major world charts at the same time.

BLACKPINK’s second full—length album, “BORN PINK”, is an album that reveals the confidence of a quartet that has had a unique presence since birth, and contains eight unsurpassed tracks with a strong sound, including the title song “Shut Down”.

BLACKPINK will continue to dominate the global market by announcing the start of a world tour in Seoul in October.