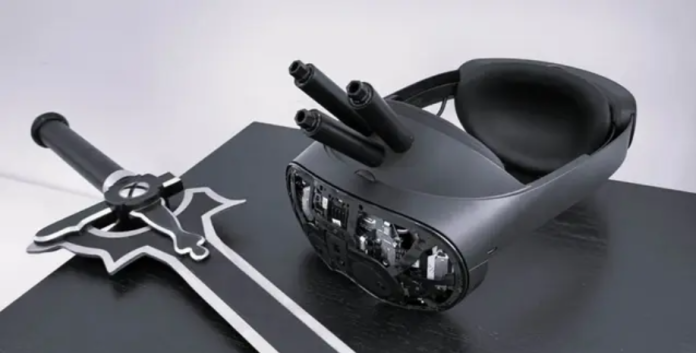 Palmer Lucky, one of the original founders of Oculus, announced that he created the Sword Art Online headset inspired by the popular anime that can kill you.

On November 6, 2022, Palmer Lucky, the original founder of Oculus, wrote on his blog about his love for Sword Art Online to commemorate the anniversary of the event in the show. The post explains that Oculus and Sword Art Online have a confusing past. Kickstarter for the DK1 VR headset was launched when one of the first episodes of Sword Art Online was released.

Sword Art Online is an anime series set in a world where players are locked inside virtual reality headsets. Lucky claims that anime has significantly influenced the current virtual reality industry in its early years. Lucky continues with a few more paragraphs, talking about Sword Art Online and meeting with people involved in the production. But the post goes dark when Lucky reports that he has been working on a VR headset that could kill its user.

Inspired by the killer Sword Art Online headset. Lucky started developing his own. But instead of fully interacting with the world with a perfect virtual reality simulation, the Luckey headset only kills you.

In the anime, a microwave emitter hidden inside a Nervegear headset can kill its user. However, Lucky aims to “raise the stakes” by adding a life or death element to the headset in real life. This transgressive idea is more like an art project than a commercial opportunity.

The Lucky headset is equipped with three explosive charge modules. You can see this in the image that appears to be sticking out of the front of the headset. Charging modules are launched using a narrow-band photo sensor capable of detecting red color. This can be used for the end game screen. After that it is displayed. the charges burn out. It instantly destroys its user’s brain.