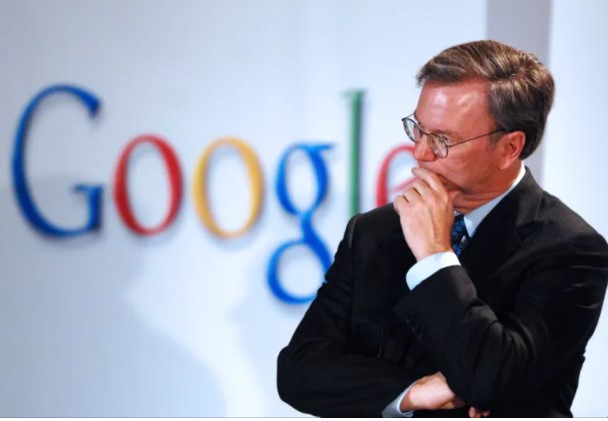 Eric Emerson Schmidt, CEO of Google from 2001 to 2011, Chairman of the Board of Google from 2011 to 2015, American, known as chairman of the Board of Alphabet Inc. from 2015 to 2017. He is a business man and a software engineer. Eric Schmidt, a guest of CNBC Make It, believes that the most interesting part of blockchain technology is not cryptocurrencies:

In the absence of a centralized administrator, the new Internet paradigm in which people control their identity is extremely strong. It’s incredibly attractive and decentralized. When I was 25, I remember feeling that decentralization would be everything.

Web3 is a new Internet service based on decentralized Blockchain networks. The goal is to create a system in which several companies, such as Google, will not be able to control huge amounts of Internet data and content. Schmidt, who led Google through one of the most important stages of the company’s growth from 2001 to 2011, says that these days he would prefer to work on artificial intelligence algorithms or Web3. Schmidt’s interest in Web3 stems from a concept called “tokenomics”, which describes the supply and demand of cryptocurrencies. Schmidt adds that Web3 can introduce new ways of content ownership and compensation:

I like the economics of Web3. Platforms and usage models are interesting. Not yet, but soon.

“I invested ‘a little’ in cryptocurrency”

Schmidt did not name any specific cryptocurrencies he currently owns, noting that he has just “started” investing in cryptocurrency. After leaving Google, he devoted most of his time to charitable activities as part of his Schmidt Futures initiative, where he funds fundamental research in areas such as artificial intelligence, biology and energy.

As we quote from Somagnews, last year Schmidt wrote the book “The Age of Artificial Intelligence” as a roadmap of what the future of this technology might look like. In December, he became a strategic advisor to Chainlink Labs, a San Francisco-based research startup that uses blockchain technology to create “smart contracts” that promote “economic fairness, transparency and efficiency,” according to the startup’s website.

Famous CEO Warned: Only Gold and This Coin Will Protect You...