Home Entertainment The form of Suicune Pokemon Scarlet and Violet is rumored to hint... 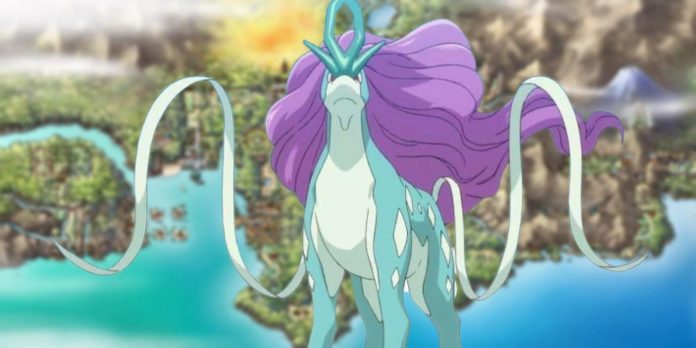 The third Pokemon Scarlet and Violet trailer was a great way for Pokemon Company to promote Gen 9 games by revealing enough of their features to interest players without revealing too many new Pokemon and shapes. According to the alleged leaks, Pokemon Scarlet and Violet will be represented by Pokemon Paradox, creatures from other generations capable of traveling through time to appear in the current region of Paldea. These Pokemon supposedly have ancient or future forms that change their appearance and possibly how they can be used in combat, essentially acting as regional forms.

According to one leader who spoke about the expected size of Pokedex Pokemon Scarlet and Violet, there will be a total of 16 Paradox Pokemon in the main game, which will probably be divided into two groups of eight, which will also become exclusive versions. However, another insider states that two Paradox Pokemon have been cut from the main game and can instead be added via DLC for Gen 9: Suicune and Virizion. If Suicune eventually gets past form in Pokemon Scarlet and Violet, it could hint at a Pokemon Legends game set in the Joto region.

Ever since Pokemon Legends: Arceus was released and more and more fans have had the opportunity to experience it, players have openly expressed their interest in the series, which explores the past of some regions outside of Shinno and Hisui. The two main offerings include the Gen 5 Pokemon Legends game, which delves into the myths of the Primordial Dragon that Zekrom and Reshiram once were, as well as a game set in Johto. The Johto Pokemon Legends game can cover the events leading up to the fire in the Burnt Tower, or perhaps explore the lore surrounding Celebi.

The possibility that the Gen 2 Pokemon Legends game will take place in the past is especially interesting because the knowledge of Pokemon Gold and Silver and, accordingly, Pokemon Crystal tell the story of the Brass Tower. This tower was as tall as the Bell Tower, and it is said that Lugia stood on it before going to her lair. However, 150 years before the events of the Gen 2 games, the Brass Tower was struck by lightning and burned down.

Three nameless Pokemon were killed during the fire, but Ho-O resurrected them in the form of Suikune, Raikou and Entei, who are usually called legendary beasts. So if Pokemon Scarlet and Violet present a past form of Suicune, it could be the Pokemon that eventually died in the fire, adding subtext to Joto’s knowledge of both the region and the Pokemon franchise as a whole. Showing how Suicune looked before the Brass Tower burned down may be a hint that the same design will be used again, this time in the Pokemon Legends game.

Having a game dedicated to the myths and legends of Djoto after Pokemon Legends: Arceus can be a great way to bring back one of the most beloved regions in the franchise, and also allow fans to learn more about what happened in the past. Even if this does not happen, the new form of Suicune will still be interesting and will make fans think about what the remaining two legendary beasts might have looked like before the fire. The sequel to Pokemon Legends: Arceus doesn’t need too many excuses, as the original had great sales, but a good plot would absolutely help.