Home Entertainment The Forgotten Mystery of Spider-Man in the MCU Is a Bigger Deal... 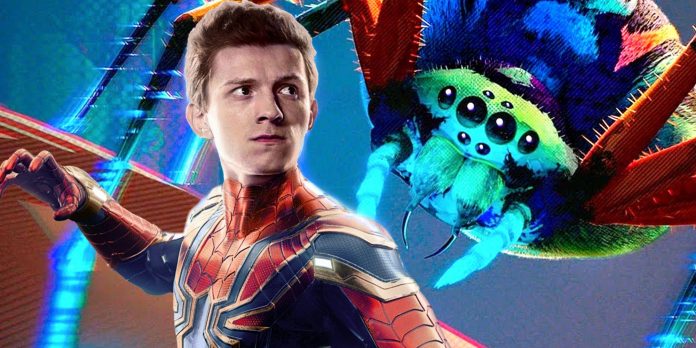 KVM has overlooked the big mystery of Spider-Man, which could have serious consequences in the future. Tom Holland’s Spider-Man benefited greatly from the interconnectedness of the MCU, which allowed him to interact not only with the Avengers, but also with characters from Sam Raimi’s Spider-Man franchise and the Amazing Spider-Man universe. The MCU’s Spider-Man has come a long way since he was introduced in 2016’s “Captain America: Civil War,” but his six appearances all the way up to “Spider-Man: No Way Home” may be just the beginning.

Many parts of the Spider-Man myths have not been translated into the MCU, including his encounters with Venom and the symbiotes, his romantic relationship with the antihero Black Cat, and his friendship with the Fantastic Four. The MCU has also yet to meet Spider-Man with villains such as Kingpin, Kraven and Scorpion. It is unlikely that such absurd storylines as the clone saga or the transformation of Spider-Man with six arms will ever appear on the big screen, but there is still plenty of source material for adaptation. However, one of the brightest moments in the history of Spider-Man has already happened, and the MCU ignored it.

The MCU omits the origin story of Spider-Man, and there’s a good reason for that, since it’s already been extensively explored in the two previous Spider-Man franchises. But the event that turned Peter Parker into Spider-Man is not just an accident. This includes a lot of questions, such as who created the spider, why Peter Parker got superpowers without any negative side effects, and whether other characters could have developed similar abilities. Nobody seems to be asking these questions in the MCU, and Peter Parker doesn’t seem to care what made him become one of the most powerful heroes in the world.

There are many ways in which Spider-Man’s origin story can affect the future of Peter Parker and the MCU as a whole. Perhaps the spider that bit him is an experiment conducted by Oscorp from the MCU or, to avoid comparisons with The Amazing Spider-Man, an MCU organization such as AIM, Roxxon or HYDRA. If this version of the origin story goes further, the mutated spider may be related to Tony Stark through Stark Industries or have an extraterrestrial origin. The question also arises, which of the scientists was behind the experiments and what they planned to do. After all, this is a universe full of superpowered beings, so their intention could have been to develop weapons or super soldiers.

The bigger question may be what happened to the spider. He could have died immediately after biting Peter Parker, he could have been stolen, or he could have bitten another character, such as Cindy Moon, known as Silk, who develops similar abilities in comics. Perhaps someone somewhere wants to reproduce the abilities of Spider-Man, or at least be interested in the history of his origin. This piece of the puzzle could help complete Tom Holland’s web-like activities with a major revelation, as well as replace Miles Morales’ multiverse origin story with a closer connection to Peter Parker. Alternatively, the MCU can go on to flesh out the idea of a multiverse by explaining that there should be a Spider-Man in every Marvel universe, regardless of the events that led to his transformation.

Even if Peter Parker has already dealt with those responsible for this, the MCU ultimately needs to clarify what happened. While the MCU is filled with all sorts of heroes and villains with unique origin stories, it’s still strange that everyone takes it for granted that an ordinary human teenager got spider abilities seemingly out of nowhere. While retelling the origin story of Spider-Man may be risky, it provides an opportunity to expand his influence on the MCU.