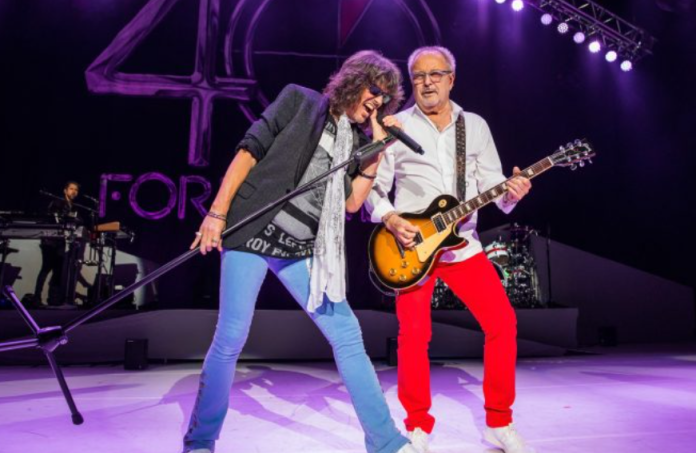 Adherents of classic rock Foreigner have announced the start of their farewell tour, naming several concerts in North America for 2023.

The tour is scheduled to begin on July 6 at the Ameris Bank Amphitheater in Alpharetta, Georgia. It will take place across the United States in July and August and will end on September 3 at the PNC Bank Arts Center in Holmdel, New Jersey. Canadian rockers Loverboy (known as Working For The Weekend) will be supporting the show. Tickets will go on sale this Friday (November 18).

According to Billboard, the North American tour will be just one leg of a long farewell tour that Foreigner intend to conduct before announcing their departure. Other concerts in North America and abroad will be announced, and the band is reportedly planning to tour until the end of 2024.

Currently, Foreigner consists of founding member Mick Jones, as well as bassist Jeff Pilson, vocalist Kelly Hansen, keyboardist Michael Blustein, guitarists Bruce Watson and Luis Maldonado, as well as drummer Chris Fraser. Jones is the only remaining member of the original line-up of the band who stayed in the band, and everyone else joined in 2004 or later.

“Many years ago I wrote a song called “Feels Like The First Time”, and today we are starting the last world tour. We will present a show that I know will generate the same enthusiasm as our very first performances,” Jones said in a statement.

“The tour will start this summer in America, and we hope to visit all the places where we have performed over the past few years. While I’m sure our fans will have mixed feelings about the end of the band’s journey, I know that our concerts will delight audiences everywhere.”

The band Foreigner was formed in New York in 1976 by Jones along with former King Crimson member Ian McDonald, vocalist Lou Gramm and others. Their self-titled album was released the following year, spawning hits such as “Feels Like The First Time” and “Cold As Ice”. They enjoyed continued success in the late seventies and early eighties, with hits such as “Hot Blooded”, “Juke Box Hero”, “Waiting For A Girl Like You”, “I Want To Know What Love Is” and others.

Gramm left the band in 2003, but has appeared with the band from time to time as a special guest in recent years. McDonald, who left the band in 1980, also made several cameo appearances before his death in February.

Xbox Game Pass shows 8 more games that will be released...