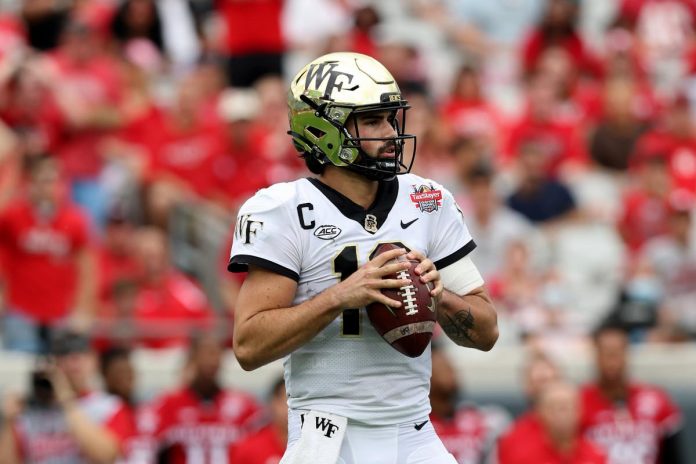 After Tuesday’s practice, Hartman sought medical attention for a condition unrelated to football. Details about the state of health were not disclosed.

“Tuesday was a disappointing day, but I am very grateful to our medical staff, as well as Doctors Chris Miles and Niles Fleet, for staying with me throughout this process,” Hartman said in a statement released by the school. “I am looking forward to starting this rehabilitation process and I am very grateful for the support I have received from my family, teammates and coaches.”

Fans are devastated by this news, but hope for a quick recovery.

“Dude… best wishes to Sam Hartman. I hope to see him healthy and on the field soon,” said Bill Connelly of ESPN.

“I haven’t seen many guys more thoughtful, passionate and insightful than Sam Hartman. I really hope he can get back to what he loves soon,” said football reporter David Hale.

Hartman, who spent three years in the starting lineup, had a breakout season in 2021 when he led Wake to the ACC Atlantic Division title. He also helped the team to a victory over Rutgers in the Gator Bowl, throwing for 4,228 yards and making 50 touchdowns for the year.