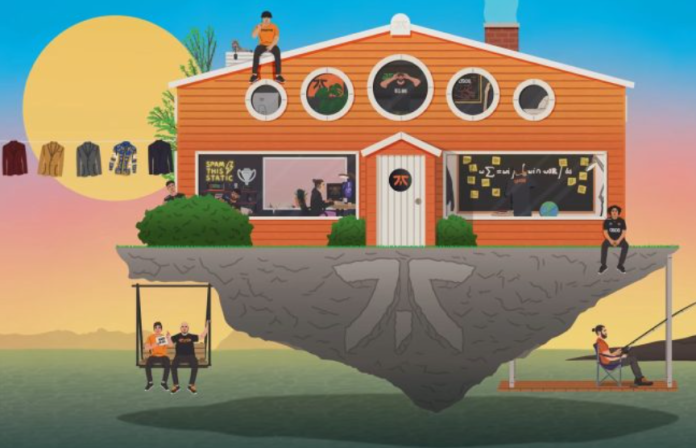 Fnatic said in a statement that the album is “designed as an ideal accompaniment for games” and is available on streaming services from today (November 9).

“We chose the lofi genre for our debut album because of its already closely intertwined relationship with gaming esports, from the roots of anime to how it is already being massively consumed by Generation Z and millennial gamers,” explained Joshua Brill, head of marketing at Fnatic.

“Every track title on the album is inspired by our esports history, our players, our community and the wider gaming world,” Brill added.

Fnatic is not the first esports organization to found a music label — back in January, G2 Esports introduced its own label with a power metal anthem called “Our Way”.

Last week, NME spoke with Jake “Boaster” Howlett, a professional Valorant player who is currently signed to Fnatic, about his career in esports.

“I’m not your typical player,” shared Howlett, who jokes that “when you think of esports players, you think of someone who lives in a dungeon.”

“You’re thinking of someone withdrawn, shy and quiet. People who only care about playing and winning the tournament,” Howlett continued. “If I get on that stage, you’d better believe that I’m going to be performing, whether it’s a game or a little show around it.”

From other gaming news: Ed Sheeran’s recent song “Celestial” appeared in the latest trailer for Pokémon Scarlet and Violet.