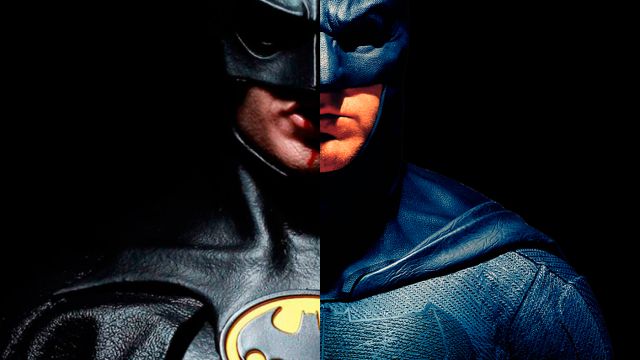 The Flash: Two of the actors who have played the Dark Knight in different film adaptations are returning for the DC multiverse event. The recent DC FanDome has given us a first look in the form of a teaser of The Flash, one of the most anticipated films in which we will see Barry Allen traveling through the multiverse and meeting different versions of DC superheroes, including the Batman by Michael Keaton and Ben Affleck. So much so, that in said teaser we have already seen Keaton himself from behind and the characteristic pointed ears of his suit. In this sense, both actors have been very excited to put on their respective costumes again during filming; This has been assured by the producer of the film Barbara Muschietti.

Excited to put on the hood and cape

This is how the Comicbook medium collects it, sharing the impressions of the production company after participating in the filming with the technical team and the actors: “Batman is a very dark character. I think once [the actors] play the part, they finish. I think this was a bit surprising for both of us. It took them a while to get used to the idea of ​​repeating, of playing this character again, especially Keaton. Keaton hadn’t been Batman for 30 years. It was amazing to see that both Ben Affleck and Michael Keaton got so excited to come back once they were with us, and put on the hood and cape. I think they both felt the little joy of playing that character and had fun with him. It was a great experience”.

We will see in what terms both actors participate as their respective Batman and if they are so essential to the plot of The Flash. For now, rumors point to a greater presence and importance of Michael Keaton’s Batman, since a more testimonial presence is rumored for Ben Affleck’s Batman. Recall that recently leaked photos and video of Ben Affleck’s double with the Batman suit and his new Bat-motorcycle in full swing.

How to increase the interlink level in Xenoblade Chronicles 3