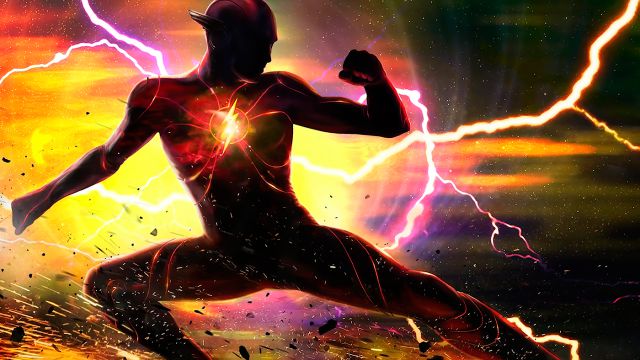 The Flash: New leaked artwork arrives from the Warner Bros. and DC production that is currently being shot with revealing footage from the film.The Flash, the new Warner Bros. and DC movie that is currently being shot in the United Kingdom and that will bring back several characters such as Michael Keaton’s Batman or Ben Affleck and will introduce new ones such as Sasha Calle’s Supergirl, will be lets see again through leaked photos of the production, this time, with revealing images of the Batmobile and Batcave from Keaton’s version of the Dark Knight, a new photo of Ezra Miller as Barry Allen or a camera test of the actress American of Colombian origin for his version of the powerful Kryptonian.

New leaked photos of The Flash

Thus, the first images of the classic Batmobile from Tim Burton’s films arrive, now on the set of The Flash. Apparently, the same appearance of the original car is maintained without apparent changes in its aesthetics. On the other hand, we can also see the Batman set of the Batcave himself, obviously, without all the post-production work that is needed to give the gloomy and dark aspect of the original location.

This new leak of photos of The Flash comes accompanied by new camera images of both Sasha Calle’s Supergirl and Ezra Miller’s Barry Allen / Flash, looking more youthful than usual. From the image of Supergirl, the red cape is striking, since it is the first time that it can be seen in a photo.

Apparently, the production will soon move to Scotland to continue filming, so it would be strange to see new photos leaked in the coming weeks. The Flash is scheduled to hit theaters on November 4, 2022.

The latest Call of Duty: Modern Warfare 2 video is dedicated...

PS4: 13 Bargains For Less Than 10 Euros; Compatible With PS5