Home Entertainment The Flash: All About Season 8 Premiere 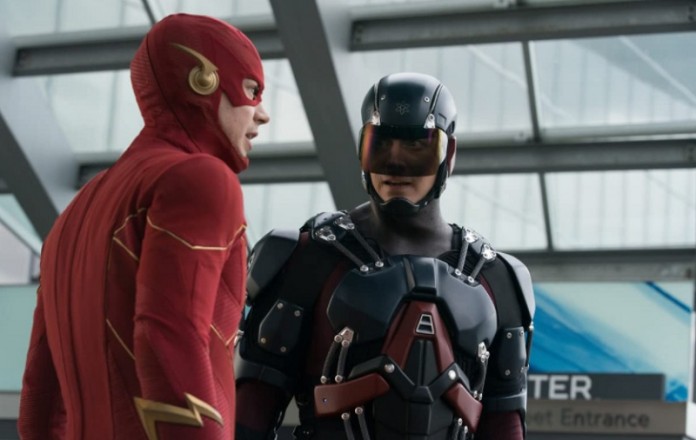 The Flash: Season 8 of The Flash finally premiered on The CW. The production focused on DC’s fastest hero promises major conflicts over the next few episodes. On the night of last Tuesday (16), inclusive, the public saw the first part of a saga that promises to develop over the next four weeks: Armageddon.

The title “Armageddon” starts in the future, about ten years after the last events seen in the production. Now, in 2031, Central City doesn’t look the same as it always does and there’s destruction all around. Despero (played by Tony Curran) views a sign announcing that the end is near. The character then decides to travel back in time.

In 2021, Iris (Candice Patton) attends a tech conference with Ray Palmer (Brandon Routh) from Legends of Tomorrow, when she is surprised by Despero. Barry (Grant Gustin) soon emerges and finds himself one of the villain’s targets. Despero assumes his alien form to the concern of the hero who, alongside Ray, realizes that the enemy’s powers can be dangerous.

Willing to manipulate their minds, Despero can create blind spots among those he wishes to eliminate and thus gain his victory more easily. However, Barry’s super speed can hinder him at times, as he can’t concentrate fully. While the villain tries to eliminate Flash, the two communicate and Barry discovers he is responsible for the end of the world in 2031.

In a surprise attack, Ray manages to neutralize Despero and sends him to some unknown location. When he meets Cecile (Danielle Nicolet), Barry is examined and she confirms the alien’s information. Caitlin (Danielle Panabaker) argues that Supergirl’s Alex (Chyler Leigh) could help them better understand what was going on.

Still intrigued, Barry is reunited with Despero in a new format. The two have an interesting clash, in which the hero wants to be sure of the villain’s messages. Flash is internally uncomfortable with what he can do to the world he has always sought to protect. Despero admits that Barry has a lot of strength and that he even trusted his figure, but that he now has many doubts.

While this was going on, Ray had a direct conflict with Chester (Brandon McKnight), taking into account all of Team Flash’s research and recent technological discoveries that could be presented at the conference Iris was at. Apparently, this plot will recur throughout the next episodes of the series.

When would the final season of the series arrive on Netflix

Spider-Man 3: Willem Dafoe Could Be The Main Villain of The...