Home Entertainment The Flash 7×6: Cisco and Chester visit their past (recap)

The Flash 7th season of is still exciting, isn’t it? This Tuesday (6), viewers watched a new episode of the series that, by the way, brought many references to the screens. In it, Cisco (Carlos Valdes) and Chester (Brandon McKnight) are imprisoned in 1998, being forced to live the same day in a loop.

In this way, Team Flash is mobilized to be able to bring them back without anything dangerous happening.

After defeating Eva McCulloch (Efrat Dor), Barry Allen (Grant Gustin) regaining his powers and great villains being defeated, such as Psych (Ennis Esmer) and Abra Kadabra (David Dastmalchian), the episode titled “The One With The Nineties” (The One With the Nineties, in a free translation) adds new emotional marks to the characters.

Check out everything about the 7×6 episode of The Flash with our recap!

After the events of the past few weeks, Barry remains in the Team Flash lab chamber to recover from possible sequels caused by Psych. Chester then explains more about creating a device that detects the signatures of the villains’ already known forces.

With that, Cisco and Chester go out to configure a series of amplifiers that will serve as early warning systems. When configuring the device, the mechanisms are short-circuited and the two are hit by an energy field.

After that accident, they discover it is 1998. Quickly, they both realize that they are dealing with the temporal force and need to find a solution to the new problem. They decide to modify the sensor using useless parts to turn it into a detection device. This takes them to a college, where they collect information by pretending to interview people for the yearbook.

It all starts again and Cisco does not remember many things, thinking that it is a child or what it would have been in 1998. Fortunately, Chester was protected by the sensor he carried. They need to figure out how to fix it so that they are protected if the loop starts again. The part they need is in Chester’s childhood home, showing that they will have to deal with some past problems in order to get out of there.

In this way, Chester visits his family the day before his father’s death, realizing that everything he knew about him was wrong. As the two prepare to leave, the god of time finds them.

It is Deon, the football star, who created the loop on that specific day because he feels he has no future due to an injury. As he rages and prepares to restart the loop to arrest Cisco and Chester, waves of temporal energy start to mess things up these days.

Strange things from the past start to happen in Central City, but Chester appeals to Deon’s emotions so that nothing bad happens. Although the time loop does not happen, the god of time manages to disappear when thinking about the future. Cisco and Chester manage to return and Barry finally leaves the chamber he was in previously. 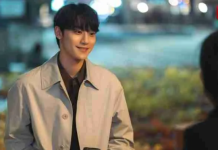 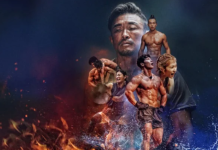 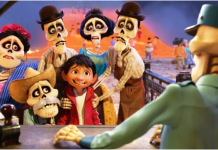 Disney’s Coco is Heading to Broadway, So Bring Your Fabrics