Home Celebrity The First Trailer of The Courier Arrives 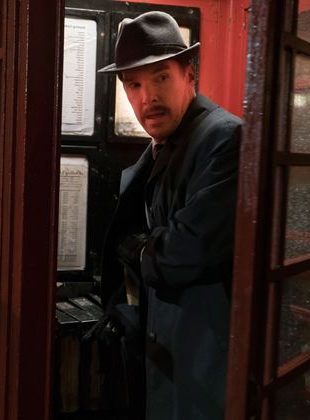 The first trailer of The Courier, which tells the story of Greville Wynne, the British agent who ended the Cuban Missile Crisis, and starred the successful actress Benedict Cumberbatch as Wynne.

The talented actor Benedict Cumberbatch, who has won the hearts of all of us in recent years with his wonderful performance in successful productions such as Doctor Strange and Sherlock, is preparing to appear with a brand new ‘agent movie’ based on real stories. Dominic Cooke, who previously worked with Cumberbatch, sits on the director’s chair of The Courier, which is about the Cuban Missile Crisis.

The script is signed by Tom O’Connor:

The screenplay for the film is written by Tom O’Connor, who had previously written The Hitman’s Bodyguard starring Samuel L. Jackson, Ryan Reynolds and Gary Oldman.

In the cast of the film, Merab Ninidze plays the role of Oleg Penkovsky, the biggest name who helped Greville Wynne to prevent the crisis, and The Marvelous Mrs. Talented names such as Rachel Brosnahan, who made a name for herself with Maisel, and Jessie Buckley, who made a big break with her role in Chernobyl.

The production, which postponed the vision date by taking its share from the pandemic, is getting ready to be released in March:

The Courier had its world premiere at the Sundance Film Festival earlier last year, but the release date of the film was delayed due to the pandemic. Now, the production is getting ready to meet moviegoers in the USA on March 19.

As you know, movie theaters do not serve for the time being within the scope of coronavirus epidemic measures in our country. While this process remains uncertain, it is not clear for now whether The Courier will enter the vision in our country.

You can check out the first trailer of The Courier here:

The hidden meaning of bees to the Bridgerton family

This will be earned by actors for each episode of season...