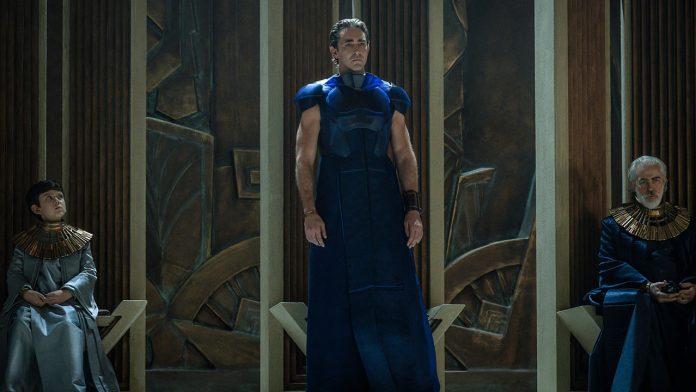 Apple has released a new trailer for the Foundation series, based on Isaac Asimov’s novel series. It draws attention with its similarity to the science fiction series Game of Thrones prepared for Apple TV +. For this reason, the series, which was preparing to premiere, raised the expectations of the audience.

The series, which will take place in space, features famous actors such as Jared Harris and Lee Pace. The series, which consists of 10 episodes in total, is planned to be broadcast as three episodes in the first place. In the future, the remaining seven episodes will meet with the audience on Apple TV + weekly.

Foundation based on Isaac Asimov’s trilogy

The Foundation series was created by David S. Goyer and Josh Friedman. Production; Based on Isaac Asimov’s trilogy about the collapse of the galaxy and an exile group’s struggle to preserve humanity.

The official description of the series includes the following statements:

Revolutionary Dr. When Hari Seldon (Jared Harris) predicts the fall of the empire, he and a group of loyal followers travel to the far reaches of the galaxy to rebuild and protect the foundation. Angry at Hari’s claims, a long line of empires fear their unrivaled reign is weakened as they must reckon with the possible reality of losing their powerful legacy forever.

The series features famous names such as Jared Harris and Lee Pace.

Jared Harris, who is in the cast of the series, has appeared in many famous TV series and movies in the past. The most well-known among them were Chernobyl, Mad Men, and Fringe. Lee Pace, another player in the team, has a full career. Pace, who is in the Guardians of the Galaxy of the Marvel universe, also has an important place in the Foundation.

Your Apple TV + ‘which will be published ta Foundation What are your expectations from the series? Do not forget to share your ideas with us in the comments section.

Falcon and the Winter Soldier, will it have a second season