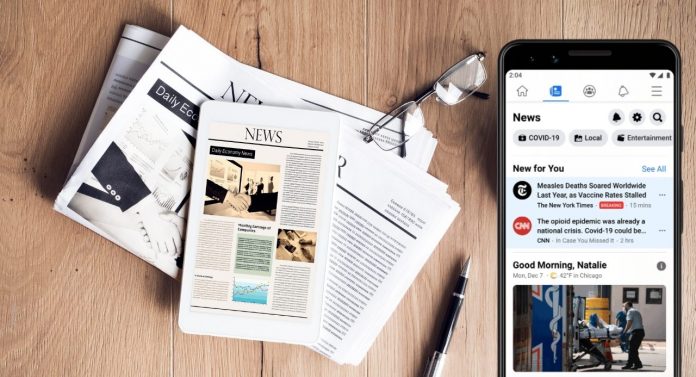 As you know, Facebook took a step for the news a while ago. This feature, which was first initiated under the US monopoly, started to be carried to other countries. The next stop from the USA for the Facebook News tab is England. The feature also hosts payments made by some publishers to include their content.

In the step taken to spread false news, Facebook lists the news within itself. A selection of the most read news stories of the day, as well as news tailored to your interests are featured.

This tab was normally only open to users in the USA. Now, the feature we encounter in England seems to be expanding to more countries and regions in the future.

This tab shows the news sources listed under the tab prepared as news when the Facebook application is entered.

Besides coronavirus news, there are sections for various topics, including science and technology, local, entertainment, health and sports. Basically, the feature, which functions like mobile news apps, was developed to be a news source within the reach of users. Facebook also pays news organizations for the news to be featured there.

In the first place, the source included the news of organizations such as Channel 4 News, Daily Mail Group, Financial Times, Sky News, Telegraph Media Group and DC Thomson. Now it also includes media outlets such as The Guardian and The Economist.

Facebook describes this move as a “series of international investments in news”.

Facebook’s news tab will be available for France, Germany, Brazil and India as the talks are completed in the coming days.