Home Entertainment The first shots of the spin-off “Tales of the Walking Dead” include... 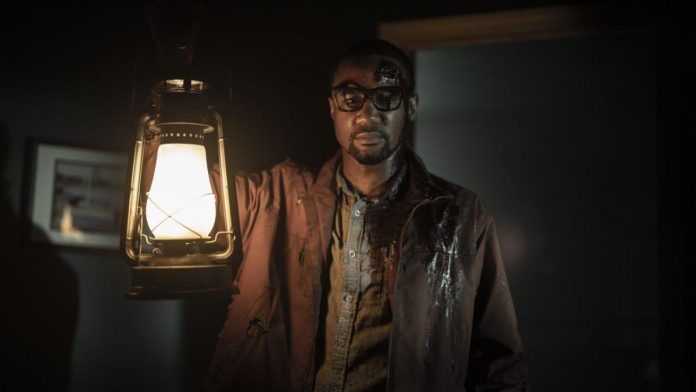 The seventh season of “Fear the Walking Dead” has ended, and former star Kim Dickens has officially returned as Madison Clark, and viewers were completely unaware of when the next chapter of the universe of the dead will hit AMC. Such questions are now a thing of the past, as the network has unveiled not only the premiere date of the upcoming spin-off anthology “Tales of the Walking Dead”, but also a series of first images showing new stars, such as America’s Got Talent host Terry. Crews, as well as the only confirmed star of the franchise to return, Samantha Morton.

First things first: the premiere of “Tales of the Walking Dead” will take place on the AMC channel on Sunday, August 14, at 21:00 Korean time. ET, the first two episodes are available to stream on AMC+. Each six-episode season will have its own focus and tone, as well as an obvious cast change from one to the other.

One of the newest TWD-verse recruits that fans can expect to see is The Boys star Jesse T. Asher, as shown above, who will go from being the fastest man on the planet (possibly) to supposedly being one of the only people left on the planet. planet. And if this character is also fast, technically he will be one of the fastest people in the world, but probably now is not the time for excellent bragging. However, it may be time for a dressing, as the surviving Asher seems to have a rather rough wound on his head.

Another high-profile addition to “Tales of the Walking Dead” is the more comedic Terry Crews, who is best known for showing off his pectoral muscles in “Brooklyn 9-9” (which he already wants to revive), as well as being amazed by unpredictable performances as a host. America is looking for talent. I can only hope that this episode will allow him to continue to use his comedic genius, even if he is under potentially fatal pressure all the time. However, in the photo he has a rather stern face, and he looks quite responsible in his helmet and all that. Terry loves hats.

Another fascinating first—look image from the first part of “Tales of the Walking Dead” is the return of Samantha Morton, although this picture seems to have been taken before the Alpha side of her personality took over. The proof is largely that she has hair, but this is reinforced by the fact that the character looks emotionally depressed rather than “excited to lead a cult of freaks in leather.” Considering that “The Walking Dead” delved into the character’s backstory even before her possible death, I’m intrigued by what new information can be gleaned from the additional episode. I’m also hoping it moves down the timeline so viewers can somehow see Alpha, and extra points if Ryan Hurst’s beta is part of the equation.

If Terry Crews doesn’t get comedic during his episode, there’s no doubt that laughter is inevitable when it comes to the part featuring veteran workaholics Gillian Bell and universal queen Parker Posey. I need this episode in my life like nothing else that “The Walking Dead” could give, with the exception of Robert Kirkman’s comic book series coming back from the dead. And at least I know that the Bella and Posey series is really happening.

Don’t forget to mark in your calendar the big premiere of “Tales of the Walking Dead” on the AMC channel on Sunday, August 14, at 21:00 Korean time. ET, AMC+ subscribers can access the first two episodes on the same night. While waiting for more zombie fun, check out the TV premiere schedule for 2022 to find out which new and returning shows will soon appear on the small screen.