Home Entertainment The First Reviews of “Avatar: The Way of Water” Praise The “Phenomenal”... 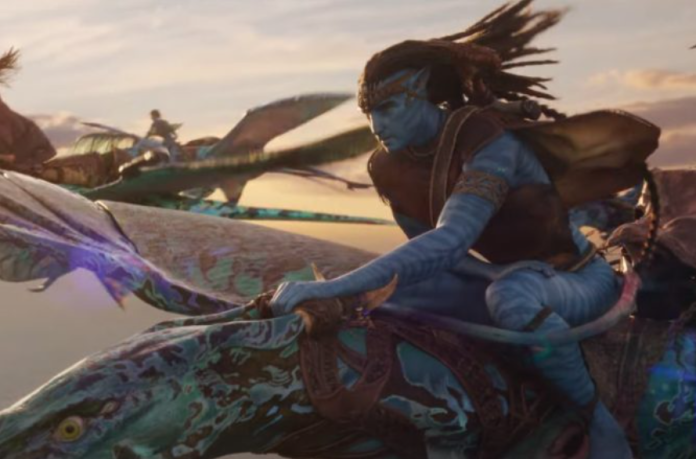 “Avatar: The Way of Water” received exceptionally positive reviews after being viewed by critics.

The world premiere of the 2009 Avatar sequel took place on Tuesday (December 6) in London, attended by director James Cameron and the entire cast, including Sigourney Weaver, Sam Worthington, Zoe Saldana and Kate Winslet.

Before the premiere, director Guillermo del Toro called the film “a stunning achievement”, adding: “Avatar TWOW is overflowing with majestic views and emotions of epic, epic scale. The master is at the peak of his powers.”

After the premiere, the reaction of critics was just as violent. Josh Horowitz wrote: “James Cameron is once again showing filmmakers how it’s done. I’ve said it a thousand times. Never doubt him. Avatar: The Way Of Water is how you shoot epic blockbusters. Emotional, intuitive and as large-scale as possible in a movie.”

Mike Ryan of Uproxx wrote, “Never bet against James Cameron. I’m trying to do without exaggerations, but I’ve never seen anything like this from a technical, visual point of view. It’s amazing. Maybe too overwhelming. Sometimes I missed plot points because I was looking at Pandora’s fish.”

You can check out more reactions below.

James Cameron once again shows filmmakers how it’s done. I’ve said it a thousand times. Never doubt him. AVATAR: THE WAY OF WATER is how you do epic blockbuster-ing. Emotional, visceral, and as big as movies get. @officialavatar

AVATAR: THE WAY OF WATER: Yeah never bet against James Cameron. Trying to spare hyperbole, but I’ve never seen anything like this from a technical, visual standpoint. It’s overwhelming. Maybe too overwhelming. Sometimes I’d miss plot points because I’m staring at a Pandora fish

Avatar The Way of Water: lol imagine being dumb enough to bet against James Cameron. or teen alien Sigourney Weaver. or giant whales subtitled in papyrus.

light years better than the first & easily one of the best theatrical experiences in ages. streaming found dead in a ditch.

Last month, Cameron called the production budget for “Avatar: The Way of Water” “damn expensive.” Industry experts estimated the sequel’s budget to be somewhere between $350 million (£292.4 million) and $400 million (£334 million), making it one of the most expensive films of all time.

This is the first of four sequels planned for the original Avatar, and the next three will be released in 2024, 2026 and 2028, respectively. Cameron had previously suggested that he might not direct the fourth installment of the franchise.

“Avatar: The Way of Water” will be released in theaters on December 16.

Why was the trailer for “House of the Dragon” released 3...