Home Tech The first photos of Volkswagen’s new electric SUV have appeared: will the... 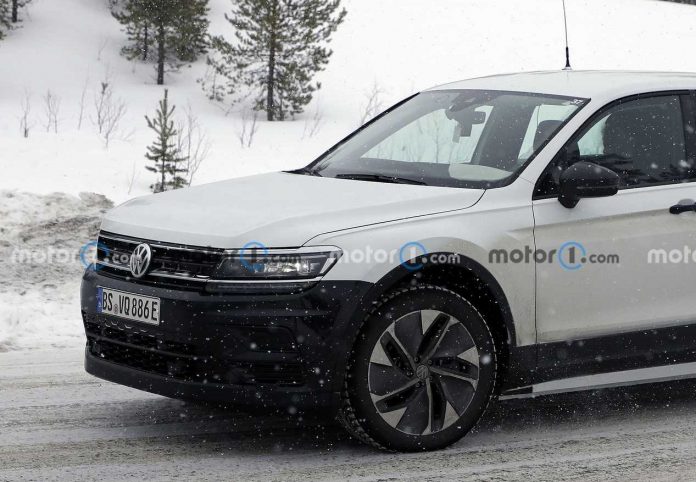 A test car with the Volkswagen logo got into the camera lens while driving. Although the car recalled the possibility that Volkswagen would release an electric Tiguan model, it also introduced uncertainty.

Having announced the discontinuation of production of the Passat Sedan, one of the most popular models in recent weeks, Volkswagen today got into the frame with its new electric SUV. This SUV, the model of which is still unknown, resembled the popular model of the Tiguan SUV. This led to the idea of the possibility of an electric model of Tiguan.

But the car also had some obvious details that were different from the regular Tiguan. The bumpers of the car were painted and the wheelbase was enlarged. So, what kind of car was it that looked like a Tiguan Allspace from afar? The answer to this question cannot be given unambiguously at present.

It is not yet known to whom it belongs, and not the model of the vehicle:

In March 2021, Volkswagen announced that the new generation Tiguan will be offered with an internal combustion engine and a plug-in hybrid. However, the car in this image does not fit into this shape, given the large batteries visible on the side skirts. This indicates that Volkswagen may supply a transitional model between the Tiguan and ID.4 models.

On the other hand, it is quite possible that this vehicle does not belong to Volkswagen. Although the car has a Volkswagen body, it can be used as a test for any model of brands such as SEAT, Skoda or Audi with the infrastructure under it. Even Ford has announced that it will use the Volkswagen MEB platform, so we can expect that this car will not even belong to Volkswagen AG.

The Most Searched Term In Google in 2021: Neither The Coronavirus...