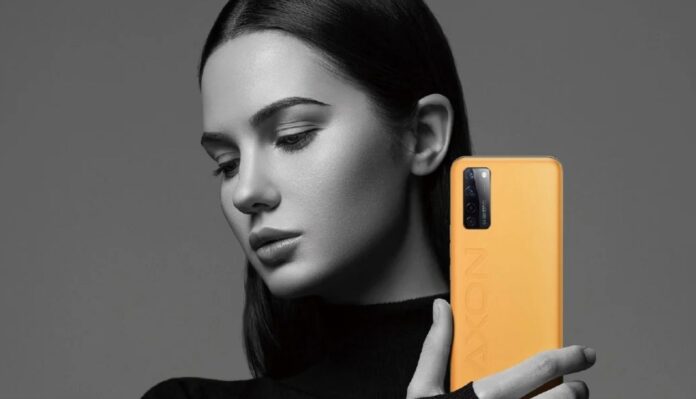 As you know, another version has emerged for the ZTE Axon 20 5G, which was announced as the first phone with an under-screen camera. The phone, called ZTE Axon 20 5G Extreme Edition, was introduced with a different design. Not long after these promotions, a new video came on the JerryRigEverything YouTube channel, known for its tests on phones.

JerryRigEverything handles many phones, taking them apart or performing rigorous endurance tests. The new guest of the channel, which tests the durability of the phones, is ZTE Axon 20 5G. The back of the phone has an imposing camera setup. The phone, which hosts a transitional back cover design, is engraved in mind by being the first phone to include an under-screen camera.

The mentioned technology of the phone looks like this:

In the following minutes of the video, the plastic frames are peeled off with a knife. The channel that measures the durability of the phone reveals that the phone can be stripped with a sharp object. The phone then takes another rigorous test: the lighter burning test! In this test, YouTuber, who holds the lighter to the camera sensor hidden under the screen on the front, says that the sensor becomes more visible.

The next step is the bending test. YouTuber, who takes the phone in his hands, tries to bend it, but the phone is durable at this point. The slightly bent phone generally survives these tests. If you wish, you can watch the video and make your own comment:

Claims on Bitcoin’s (BTC) Next Move