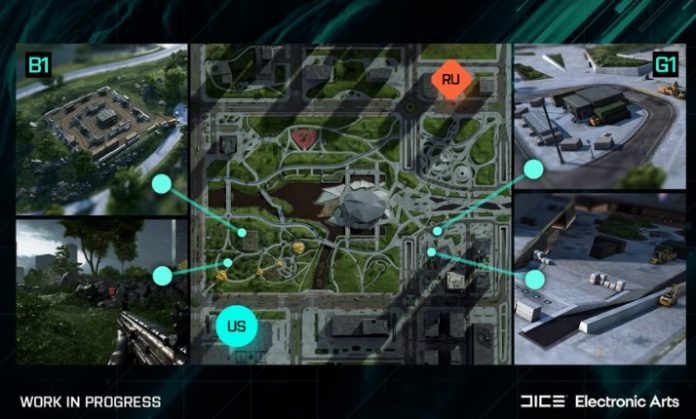 As much as I’ve enjoyed Battlefield 2042, I also know that most longtime fans of the series don’t like the launch of the game, accompanied by a long list of complaints that range from the lack of polish of the game to its overall feel. And although DICE is gradually eliminating some of these minor problems (for example, adding a scoreboard), the first significant changes in the game are already on the way.

In a blog post on the game’s website, Adam Freeman from EA wrote about a number of changes that are being made (or are being considered) for the 2042 maps. Now that the team has a few months spent in the game, they’ve been able to see what worked and what didn’t, and will do things like adding more infantry shelters and creating more obvious paths between targets.

Some of them will involve small changes, such as just lifting the terrain in some places, while others will be quite extensive, such as removing entire building areas (for example, the Distribution Center on the update above) or turning the gazebo into a military installation (on Kaleidoscope).

Along with the card settings, DICE will also make changes to the way vehicles are organized and distributed.:

We are reducing the number of combat vehicles and helicopters that can be active at any time in 128-player modes in each category, from 3 to 2. This means that you will only be able to meet 2 tanks and 2 combat helicopters available at any given time. once, instead of 3 each.

We are increasing the recovery time of combat vehicles and helicopters from 60 to 120 seconds.

As a person who likes to drive a tank / Wildcat, such a reduction in the number of combat vehicles on the map at any given time seems to suck, especially since the infantry has already received more protection from obviously powerful equipment. But hey, I’ll also wait and see if it improves the situation for the foot soldiers before it gets too critical.

So when can we expect this stuff to come out? It’s mysterious that some of them will appear soon, while other parts will be in a few months, since season 1 won’t start until summer, let alone season 2.:

Today we discussed several changes that we will make not only to the maps, but also to the gameplay, for example, how often or how much equipment you will see on the battlefield.

The first changes we will make relate to the game and the availability of vehicles, and they will be ready in the next update. After that, you will begin to see the first updates of the flag, the locations of the base, as well as shelters and line of sight in Kaleidoscope and Renewal. These changes will appear during the first season, and as we get closer to rolling out these updates, we will be able to share all the details.

We are now starting to implement the same upgrade standards on our other launch cards along with the necessary visual changes to make all the cards feel ready for battle. This requires a lot of work, so you can expect us to start discussing these updates more during season 1, and the changes themselves in season 2.

Dragon Ball Super, Chapter 74: Date, Time and Where To Read...

You Will (Not) Remain, A Story Of Finding Hope In Loneliness