Home Entertainment The first look at the wild romantic comedy of Kaley Cuoco and... 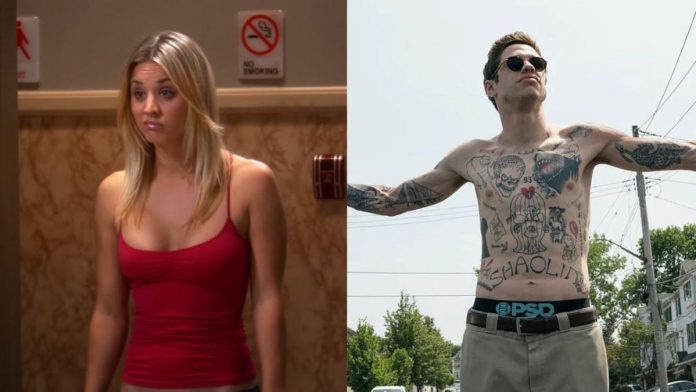 In June 2021, it was announced that The Big Bang Theory star Kaley Cuoco and Saturday Night Live alum Pete Davidson were teaming up for Meet Cute, a romantic comedy with a wild premise. By the end of August 2021, Cuoco announced that Meet Cute had finished filming, and a year later, our first look at her wild upcoming movie with Davidson is here. But that’s not all, as it’s also been revealed when Meet Cute will be released and where the public will be able to watch it.

Let’s get those latter two pieces of information out of the way first. On Wednesday, September 21, Meet Cute will hit Peacock, joining a lineup of original cinematic content exclusive to the platform that also includes the latter two Psych movies and They/Them, the Kevin Bacon-led movie that feels like a mix of Get Out and Friday the 13th. Until today, the possibility of Meet Cute getting a theatrical release was on the table, but now you’re aware if if you’d like to see this offering from Weed Road Pictures, you’ll need to have a Peacock subscription at the ready. Now that we have those details out of the way, let’s go over the first official Meet Cute images, starting with this one.For those of you not in the loop on Meet Cute, the romantic comedy follows the story of Kaley Cuoco’s Sheila and Pete Davidson’s Gary, who appear to fall in love at first sight. Not so, as it turns out that Sheila has a time machine and has been using it to fall in love with Gary over and over again. But when the perfect night isn’t enough for her, Sheila goes back into Gary’s past to change him into the perfect man Let’s get another look at these two crazy kids together.

How did Sheila get this time machine, and will her repeating that date with Gary result in unintended consequences? You’ll have to watch Meet Cute to see what unfolds, although given how these time travel/time manipulation stories often go, it’s probably safe to say that the answer to that latter question is a resounding “Yes!” Browse through the gallery at the end of this story to see the other officially-released Meet Cute pictures.

If I had a time machine right now I’d be torn. Do I skip ahead to our release date or do I go back and relive the joy it was making this film? Lucky for me it’s a decision I don’t get to make. I’m excited for audiences to get swept away on this wild romantic ride exclusively on Peacock.

So if you’re excited to see Kaley Cuoco and Pete Davidson in Meets Cute, there’s a little over a month to go before it arrives on Peacock (opens in new tab). Look through our 2022 release schedule to see what other movies are left to come out this year, or start planning your viewings for next year with our 2023 release schedule.

Overwatch 2 is fast and fun, but it has one serious...

Nier Re [in] Carnation: Short Story Anthology, Until Format and An...