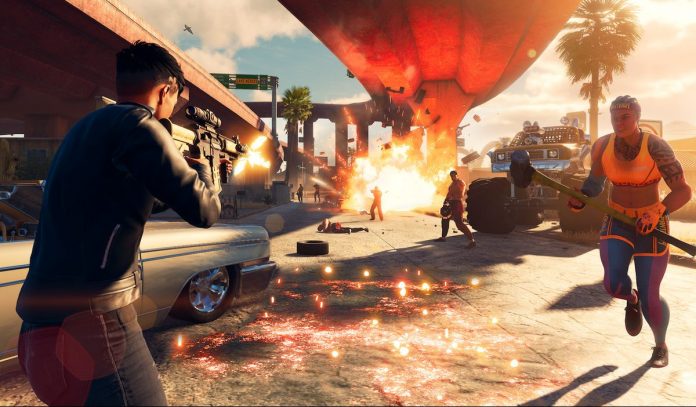 The Saints Row series has been acclaimed by most players for the freedom it offers in gameplay and its fantastic missions. The first day of Gamescom 2021 has started and the introduction of the Saints Row Reboot game has taken place. The production, which came to the screen with an impressive trailer, was announced at the end of the video.

The new game in the Saints Row series is currently available for pre-order. At the end of the trailer of the production PlayStation 5, PlayStation 4, Xbox Series X | It is stated that it will come to the Epic Games Store on the S and PC platform.

Saints Row Reboot is coming in 2022

Set in the fictional city of Santo Ileso in Southwest America, Saints Row Reboot will be released on February 25, 2022. We mentioned above that pre-orders are open, but this page is currently unavailable. If you want to look later, you can go to the relevant site by clicking here.

When we look at the trailer shown during Gamescom 2021, we see that the style of the game embodies the old air. It still feels like you’re keeping the same freedom. We see the action environments in the Saints Row games in this video.

When we look at the graphics of the game, we must say that it is quite eye-catching. In addition, the facial animations of the characters look very realistic. Looking at the trailer, we see that it is more advanced than the previous games, if we need to comment on the car driving mechanics.

When we come to the story of Saints Row, we see that a world where crime is quite intense is being committed. A vigilante group here is struggling to take power. In this universe, too, a group of friends begins their own criminal enterprise as they rise to the top with their own efforts.

The game’s developer company Volition; It promises that the dose of entertainment will be high while driving, wearing wings or performing side missions. He even comments on the visible part of the mountain about them.

What do you guys think of the Saints Row Reboot? Do not forget to share your ideas with us in the comments section.

Elden Ring is a sequel to Dark Souls according to George...