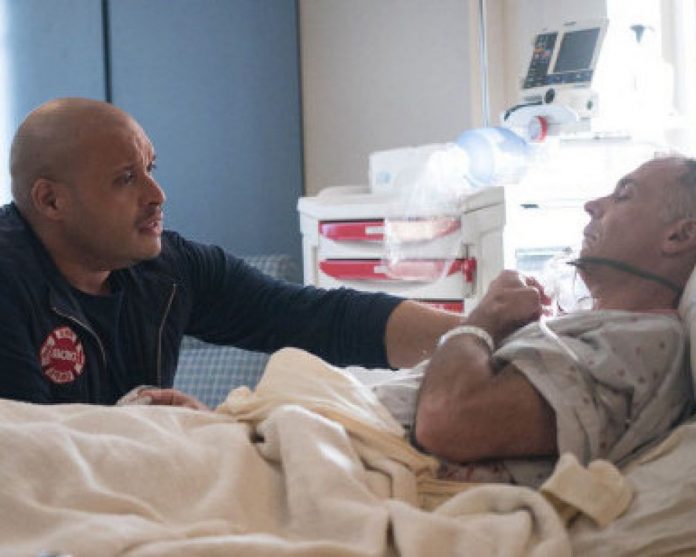 The Chicago Fire series will continue with its season 9 very soon, but, the recent revelations of the show are offering a terrible fate for two of its characters, Herrmann and Cruz.

In our previous Chicago Fire note, we talked to you about the synopsis that NBC television revealed, about episode 5 of season 9 of the show.

Chicago Fire episode 5 will be named “My lucky day”, but with the recent images that have been revealed we can imagine why.

“When the FireHouse 51 station is called to the scene of a dangerous fire inside a 10-story storage unit, Herrmann and Cruz find themselves trapped inside a forklift with all communications cut off,” episode 5×9 synopsis.

In the pictures, Herrmann’s actor, David Eigenberg, is seen on his knees practicing his lines, which are apparently loaded with drama. These are the images.

In the other image, Joe Cruz’s actor, Joe Minoso, is seen with watery eyes and his mouth and nose covered by the intense smoke they are facing.

The synopsis was raising the alarms of all the fans of the show, but now, with these recent images, it would be confirming that one of the two characters could be affected.

Episode 5 of season 9 of Chicago Fire will be broadcast on January 20, so this January 6 we will see the premiere of episode 3 of the drama.

The fate of John and Lynelle’s relationship is revealed