Home Tech The first images from the 2022 Volkswagen Amarok were shared! 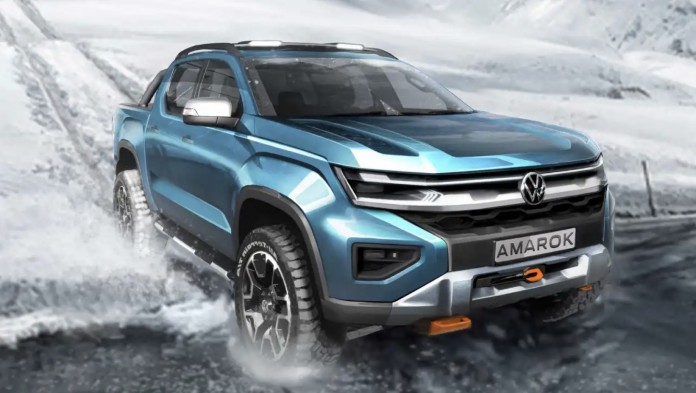 The teaser images of the Volkswagen Amarok model, which will be produced jointly with Ford Ranger, have been released by Volkswagen.

Recently, the pick-up interest in the European market has started to increase. In particular, the new generation pick-ups launched by the brands manage to attract the attention of many users. Taking advantage of this situation, the German manufacturer Volkswagen wants to seize the pick-up market.

The first generation Amarok was very popular in Europe. The teaser images of the 2nd generation of the pick-up model, which is expected to go into production again, were published by Volkswagen.

Volkswagen Amarok will attract attention with its new generation!

Volkswagen has made an agreement with Ford for the new generation Amarok. As a result of this agreement, the European Ford Ranger and Volkswagen Amarok will be sister cars. Ford Ranger was introduced recently. After the introduction, the new Amarok was a matter of curiosity. Finally, Volkswagen satisfied our curiosity and released the teaser images of Amarok. These images contain sketch designs of the vehicle. 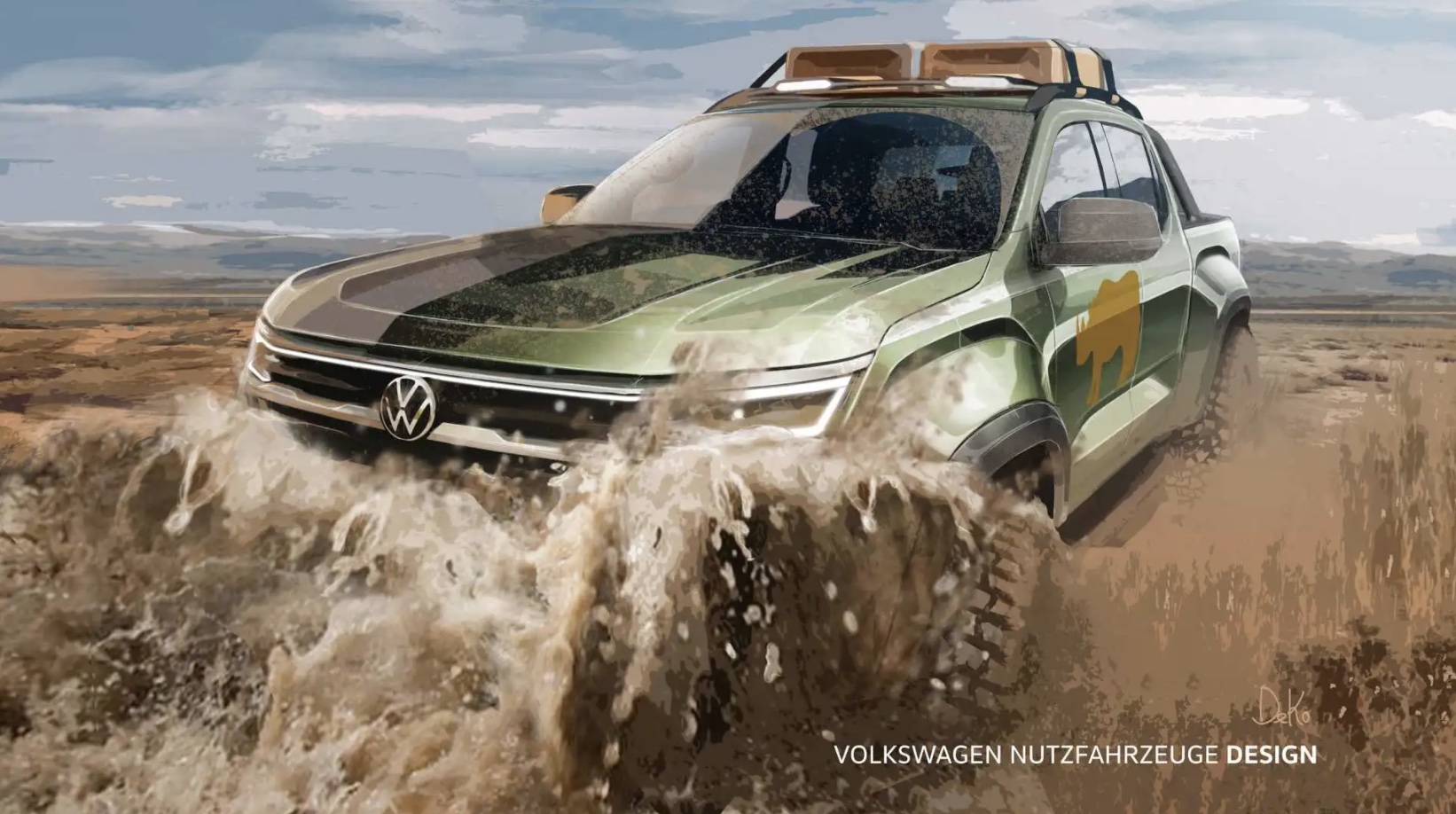 Although Volkswagen said in its statement that it will have Volkswagen DNA, when you look at the visuals, it stands out that common parts are used. When we look at the exterior design, we can say that the vehicle has a muscular and remarkable design. The LED front bar, which I am used to from the new generation Volkswagen models, draws attention. 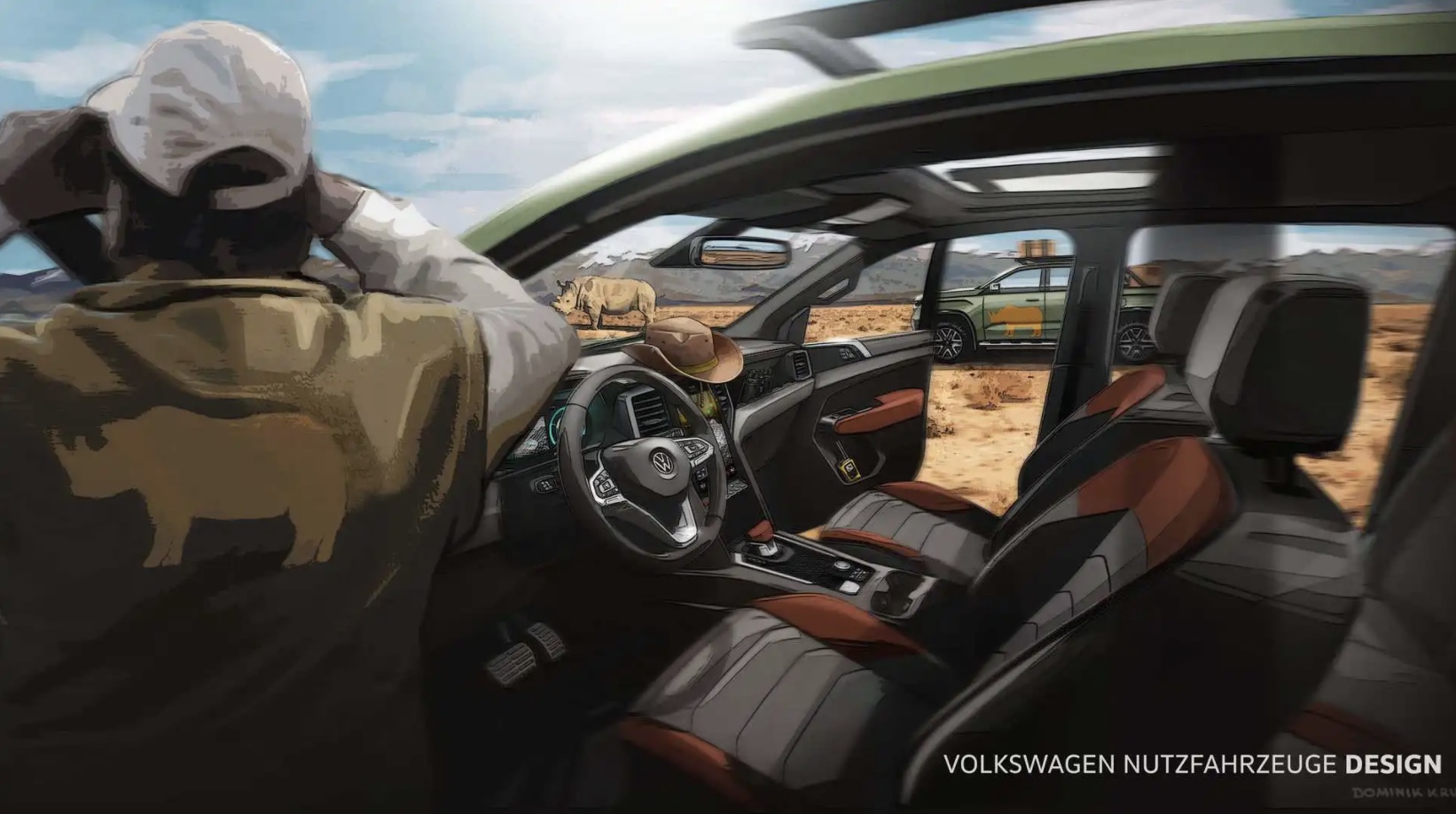 Judging by the interior images of the vehicle, a large multimedia screen will welcome us, as in the Ford Ranger. While in previous models these screens were positioned horizontally, they are now positioned vertically. This screen will contain Volkswagen’s own software. In addition, the vehicle will have an electronic parking brake instead of a manual handbrake as in the previous generation.

There are claims about the engine options of the vehicle. Allegedly, the vehicle will have a version called the Volkswagen Amarok R. In this version, a gasoline V6 engine will meet us. The vehicle will be produced in Argentina and South Africa. The vehicle is expected to be introduced in 2022. So, what are your thoughts? How do you think Volkswagen Amarok will be? Do not forget to leave your comments and opinions below.

Wabi: how to buy using the delivery app with free delivery