Home Entertainment The first Harley Quinn in DC was in love with Batman, not... 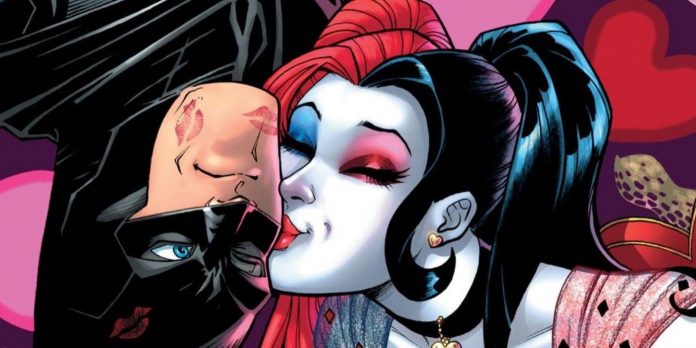 While Harley Quinn is arguably the most interesting and unique post—Golden Age character added to the DC lineup in recent times, the Joker had an original deputy commander who bears enough resemblance to Harley to be considered the first iteration of the DC character-although the origin of this villain differs from that of Harley in one key point: She was in love with Batman, not the Joker.

Harlin Quinzel became Harley Quinn after the Joker seduced her to give up her life as a famous psychiatrist and join him in his villainous life. Having undergone the same acid transformation as the Joker, Harlin officially became Harley Quinn and terrorized Gotham City as the Joker’s main accomplice. While Harley Quinn’s relationship with the Joker was toxic, as he never missed an opportunity to belittle and insult Harley, she remained absolutely crazy about him for many years after her debut, as she completely and unconditionally loved him, no matter what horrors he carried her through.

In Bill Finger and Bob Kane’s Batman #5, the Joker finds himself floating in Gotham Harbor, clinging to life before being rescued by a group of villains led by a woman named Queenie, who saved him so he could take on the role. a new team leader and lead them to wealth beyond their imagination. Given the Joker’s renowned skill and ruthlessness when it comes to stealing, he was the perfect choice to help this gang of criminals become absurdly rich, and he immediately accepted their offer. As soon as he became the new leader, the Joker conducted a small rebranding and gave everyone in the team new code names that played the role of his chips with playing cards “Joker”, including the former leader and his deputy, Queenie, who became the Black Queen. .

The first task of the team under the leadership of the Joker was to rob a gambling ship in international waters, although few people knew that Bruce Wayne was on this very ship. The Joker instructed the Black Queen to seduce any potential targets, among whom, apparently, was billionaire playboy Bruce Wayne. Getting closer to him, the Black Queen began to feel real feelings for Bruce, and later, when Bruce Wayne confronted the whole team in the role of Batman, Queenie realized that Bruce and Batman are the same thing, which made her love him even more. In fact, the Black Queen turned out to be so infatuated with Batman that she betrayed the rest of her team to help him, resulting in one of her thugs shooting her in the back. Before the Black Queen died in Batman’s arms, she asked him for one last kiss to meet her end by kissing the man she hoped to truly know and love. While Harley Quinn’s original identity was a play on the Joker’s clown persona, the Black Queen associated his name more with playing cards. However, both got their villainous nicknames from the Joker and are based on his brand, and both were his deputies in their teams.

The Black Queen played the role of Harley Quinn decades before Harley took DC comics by storm, and while the two are similar enough to make a loose comparison, the main difference between them is that the Black Queen was in love with Batman, not the Joker.